"THERE IS no real transition from military life to civilian life for any veteran," says Pastor Candace Hardnett of Agape Empowerment Ministries.

And she should know—she is a United States Marine Corps veteran.

“Literally you are trained for months and months on end to become a military member.”

Hardnett received 18 months of training to become a Marine, “and when I got out, I was given a three day workshop on how to put a resume together and go on an interview. Bye, good luck, see you later,” she says.

“There was no dismantling of who I had become—you literally become someone different and you are taught to kill and to have no worry or thought about it,” Hardnett recalls.

“When you come out in the civilian world, you aren’t turned off—you were created and you weren’t uncreated—and you have to navigate that, and for some people, especially those who saw combat, it is almost impossible. How do you do that on your own?”

Pastor Candace Hardnett, Father Michael Chaney, and Reverend Kevin Veitinger all work with some of the 4,200 people who are homeless in our community. They estimate that of the homeless people that they directly work with, about 25% are veterans.

“The VA is understaffed and underfunded and they can’t really do their jobs to the fullest.  A lot of veterans are getting shoved out the door and they find themselves in positions where maintaining what we would call a normal life becomes really challenging and they don’t want to sleep inside because something feels safer about sleeping outside,” he says.

“PTSD is very prevalent,” explains Hardnett.  “Not too long ago, there were certain branches that were removing people from service dishonorably for that (PTSD), they could not receive their veterans benefits, so some veterans were removed from service prematurely to not receive an honorable discharge for various stupid reasons.  You have to have paperwork in order to receive benefits. Paperwork becomes a barrier if you are dealing with all of the other stresses of living on the street.”

“This group of people who volunteered to do this service, and some Vietnam era didn’t volunteer, they were drafted,” says Rev. Veitinger.  “And they are just forgotten about.”

“Jesus modeled this idea that we take care of people’s basic needs first,” says Veitinger, and that is what you will find every Sunday morning at The Community of St. Joseph, the outdoor church that he pastors in one of Savannah’s 26 different and unique outdoor homeless encampments. 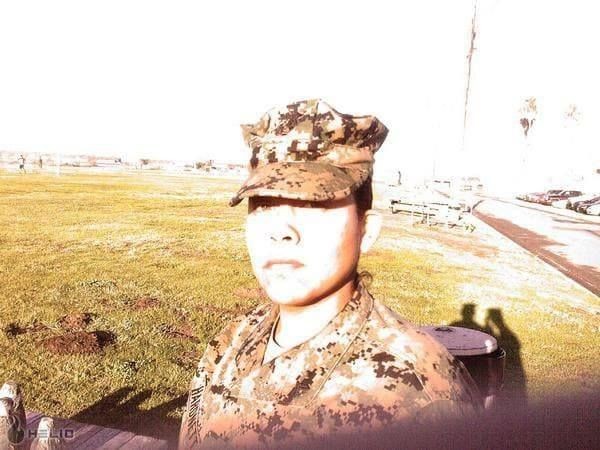 Chaney says, “I am far less concerned with getting people to Heaven after they die than bringing Heaven to the world we are living in now.”

Veitinger adds to that thought.

“We are called to be citizens of the Kingdom of God first, and to remember that that citizenship is to define our perspectives on things, and if we can do that, we allow that to inform our decisions on a daily basis.  I think that we could make a huge dent without the government’s help.”

“Man, it would be great if the government didn’t have to get involved, wouldn’t that be awesome?” exclaims Chaney.

“If we were all really pulling our weight and taking care of our neighbors, oh what a happy day, the Kingdom would be coming into fruition. That ain’t happening though. I think that our country is in need of a great spiritual awakening, and I’m not talking about a religious awakening,” he says.

“I’m talking about the kind of spiritual awakening where we really understand our neighbors and understand that all of us are walking different paths and encounter different obstacles in our life and it is up to us to really take care of one another.”

Homelessness is extremely complex—this could be a weekly column all year and we still would not scratch the surface.

From broken systems, housing first initiatives that in the long run cost the municipalities less, to the 9th US Circuit of Appeals prohibiting the criminalization of homelessness stating that governments cannot “criminalize conduct that is an unavoidable consequence of being homeless—namely sitting, lying, or sleeping on the streets”—everyone has a Constitutional right to sleep on a park bench, under a bridge, or on the public sidewalk, regardless of how some might think it looks to tourists.

The causes of homelessness are just as diverse as the population, from homeless veterans, to the train kids with their own unique hieroglyphic-type symbols, to the over one thousand homeless children that attend Savannah-Chatham County public schools.

Hiding the problem is not going to make it go away—and we need to all do better, from our elected officials, to each and everyone one of us looking out for our neighbors who live in tents.

“Little tiny things, like looking people in the eye to say hello.  You are not going to be robbed by a homeless person 999 times out of 1,000, but there is a dignity—offering people the dignity of looking them in the eye and say hello,” says Veitinger.

“Ask them their name,” says Chaney. “Names are important and it brings back this basic human dignity that we take for granted that a lot of our friends lost.”

The Community of St. Joseph Church meets every Sunday morning at 8 a.m. for breakfast, and 9 a.m. for praise and worship. Directions can be found on their Facebook page.

I encourage all to attend, and bring something to share for the communal breakfast. Fresh fruit would be nice, because homeless people rarely get fresh produce.

Church of the Epiphany currently meets on Sundays at 11 a.m. at the Savannah LGBT Center at 1515 Bull Street and all are welcome. You can take donations to Padre Chaney and he will make sure that they get to where they are needed most.

If you aren’t able to attend a service, you can drop off donations at Emmaus House at 18 Abercorn Street or the Episcopal Diocese office at 18 East 34th Street.

In addition to dropping off at Agape Empowerment Ministries at 143 Telfair Road (Sunday service at 10 a.m. and Wednesday Bible Study at 6:30 p.m.), they have a partnership with the U-Haul located at 8810 Abercorn where you can drop off donations seven days a week. Non-perishable food items are greatly needed, along with bottles of water and bug spray.

Veitinger concludes, “Until the big systems are fixed, we have to deal with the immediate needs of our homeless neighbors.”