Untamed author Will Harlan speaks at the Book Lady

NO DOUBT about it, Carol Ruckdeschel is a badass literary heroine.

She eats dead animals from the side of the road, wrestles alligators and can take a bullet from her own father. She’s not afraid to take on powerful members of America’s financial and political elite to protect the Georgia barrier island she calls home.

She’s also a real person. Ruckdeschel has lived on Cumberland Island for 40 years—not in one of the fine mansions built by the Carnegies when it was a privately-held piece of land, nor in one of the pragmatic Park Service ranger cabins. Nope, she sleeps in a ramshackle cabin she built out of driftwood dragged up from the beach and furnished with what washes in with the tides. She’s devoted decades to studying the sea turtles that come to nest every summer and has become one of the most respected authorities on the species.

Her fierce guardianship of Cumberland’s fragile ecosystem has pitted her against those who see it as a resource to be plundered, a crusade chronicled in Will Harlan’s book Untamed: The Wildest Woman in America and the Fight for Cumberland Island.

By telling Ruckdeschel’s story, Harlan has given her cause a powerful voice. An award-winning environmental journalist and former park ranger, he spent 19 years tailing Ruckdeschel as she’s battled with greedy developers, Carnegie heirs and the National Park Service about the island’s future. (He’s also a champion trail runner, which likely helped him keep up with her.)

“I’ve waded into gator dens and chased wildfires with her,” Harlan writes in the book’s prologue. “She has shared her extensive field notes, journals, photographs, correspondence and, most importantly, her heart.” 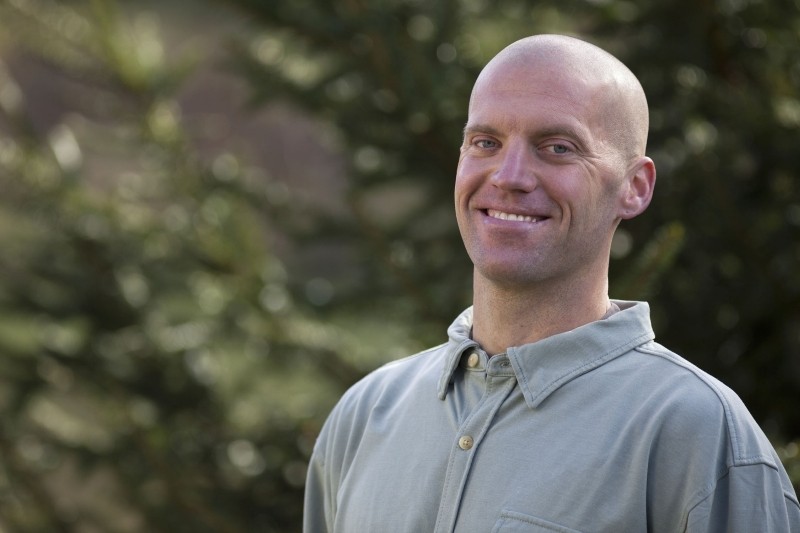 Harlan will speak at the Book Lady this Thursday, Sept. 18 to help raise awareness about the endangered state of Cumberland Island and wild places everywhere.

“This month marks the 50th anniversary of The Wilderness Act, and Cumberland Island’s wilderness is one of the most important in the world,” he mused in an email last week.

“Carol Ruckdeschel led the grassroots campaign to establish the island’s wilderness years ago, but in the past decade, the wilderness has been fragmented and abused.”

The Wilderness Act of 1964 is a landmark conservation bill that protects 110 million acres across the United States. But as more people traipse through America’s national parks and lobbyists push for commercial use expansion, there is more need than ever for vigilance.

“Untamed appears at a critical moment for Cumberland Island. The island has a new superintendent, and longtime Georgia congressman Jack Kingston has been unseated,” points out Harlan. “The November Senate elections could also signal a sea change for Cumberland.”

Advocacy groups like the Sierra Club work tirelessly to let Congress know that protecting the wilderness is a priority for the American people, but their efforts are grossly outmatched by those of corporations and natural gas companies. To garner support, Thursday’s event is a fundraiser for Center for a Sustainable Coast, the Georgia-based organization that patrols the political and actual landscape in order to “improve the responsible use, protection and conservation” of coastal resources.

“A percentage of each book sold goes to the Center, and we are also accepting any outright donations too,” says Book Lady owner Joni Saxon-Giusti.

“We will be giving out membership information so people can be sustained supporters of the Center’s mission and also giving out information on current issues so that our community can get involved in a targeted way.”

While not everyone will go toe-to-toe with tough shrimp boat captains like Carol Ruckdeschel has, there is plenty that coastal residents can learn from her brand of wild, hands-on activism. Harlan believes her story has the power to invigorate the movement that originally spearheaded the creation of the Wilderness Act.

Center for a Sustainable Coast Fundraiser with Untamed author Will Harlan