Celebrate all weekend long with a variety of performances, costume contests, and crawls

MUSICIANS, DJs, comedians, film enthusiasts, poets, storytellers, and more are celebrating Halloween throughout the Savannah scene this year. Celebrate all weekend long with a variety of performances, costume contests, and crawls.

The Jinx is a top downtown destination for Halloween revelry. This year, the bar will take on an immersive Twin Peaks theme, so get a nonjudgmental log, some wicked saddle shoes, or throw a fish in the percolator and be right at home in your costume.

Saturday, the festivities kick off with Lords of Ass, a Lords of Acid cover band, and then it’s time for The Savannah Sweet Tease Burlesque Revue’s unique take on Halloween. This year, they’ll honor the specters and stars of your favorite scary show: American Horror Story! From the coven to the asylum, Teases will shimmy, shake, and spook their way across the stage in American Horror Strip Show.

Graveface Records hosts its annual ode to horror films both forgotten and favored. This year, the lineup includes Deadtime Stories (1896) and a Q&A with writer/director Jeffrey Delman; Brain Damage (1988) with composer/author Gus Russo skyping in to discuss working with writer/director Frank Henenlotter; Creepshow (1982) screened as a tribute to the late, great George Romero; Friday the 13th: The Final Chapter (1984); City of the Living Dead, a.k.a. Paura nella città dei morti viventi a.k.a. The Gates of Hell (1980), which was partially filmed in Savannah; and last but not least, the classic Freaks (1932).

The day also features a set by The Marshmallow Ghosts, who will perform to a surprise short film from 1910. The Graveface “house band” releases a new seasonal record every October, and this year’s album tells a ghost story based on Graveface’s own experience in Savannah.

Participants get competitive in the “fake” trailer contest. The creators behind the audience-voted best trailer for a fake horror film will take home a big prize.

It wouldn’t be Halloween without a costume contest, so make sure to dress in your B-movie best and win prizes.

Think you’re ready to compete in Savannah’s largest costume contest? Get out your best look, because the Nightmare on Congress Street Halloween-themed bar crawl has a total purse of $2,000 for its contest winner.

In this bar crawl, participants are allowed to crawl at their own pace instead of the traditional group crawl with designated time slots at each bar. Once you get a scorecard at the starting bar, travel to all the bars listed, sip specials, and get marks on your scorecard. Head to the after-party at Club 51 Degrees for a participation t-shirt (first 250 crawlers). Crawlers also get a koozie, swag from sponsors, and free entry to participating bars.

Note: you don’t have to participate the crawl to get in on the costume contest. A photographer will be taking photos of costumes near the crawl registration at The Rail Pub. Give the photographer your name, phone number, and costume name, and the winner will be contacted the following week. first place gets $1,000, second place $600, third place $400, and the People’s Choice winner earns one year of free entry to bar crawls. 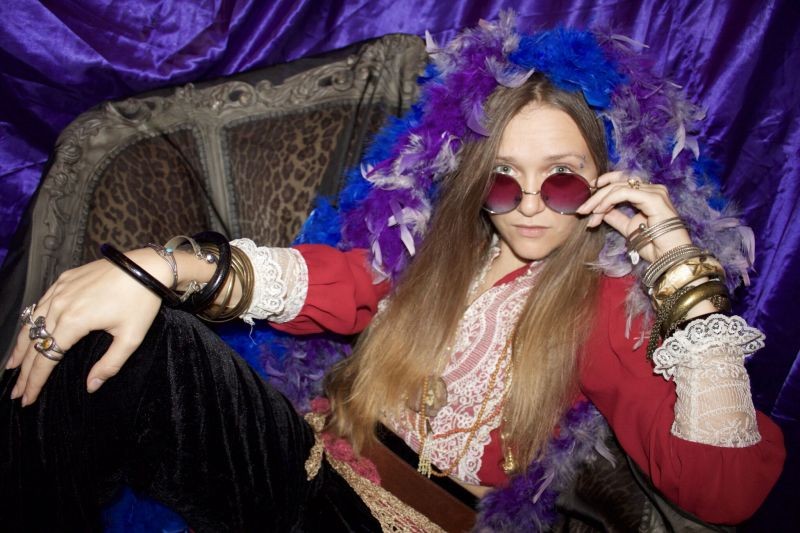 Savannah’s own Dead City Clowns troupe brings a wicked night of fun and food to The Stage on Bay. Play carnival games with an evil twist, check out the blood bath dunk tank, grab some grub, and indulge in the utter chaos of a creepy clown carnival.

Blood Bath and Beyond provides the musical entertainment.

Remember the fall festivals of your youth—hot apple cider, campfire treats, spooky stories? It’s time to do it all again with a grown-up twist!

Coastal Empire is showcasing its fall beers in the taproom while local historian Robby Richardson recounts true ghost stories around a bonfire. Get in the spirit by making your own s’more and enjoy a CEBC-flavored bratwurst from Ogeechee Meat Market. Costumes are encouraged for humans and pooches alike!

Club Elan promises “America’s Scariest, Most Haunted Town’s Craziest Party” on Halloween proper. For the fourth year in a row, the club will host a free night of festivities with DJ B-RAD and MC Madd Max spinning Top 40, EDM, and hip-hop.

In a party especially for service industry workers, Elan’s offering two for $6 bombs, $3 wells, $3 beers, $4 Fireball, $4 Jameson, and even more specials. Get ready to throw down and dance all night. There’s even a costume contest with a $500 prize!

Spitfire Poetry Group celebrates the holiday with a special guest. Kas Poetess, a spoken word artist, published author, and arts advocate comes up from Texas to perform her fusion of love, intuition, and wordplay.

Attendees, whether they plan on performing or just enjoying the show, are encouraged to dress in costume.