The Vagina Monologues: 'So taboo it feels good' 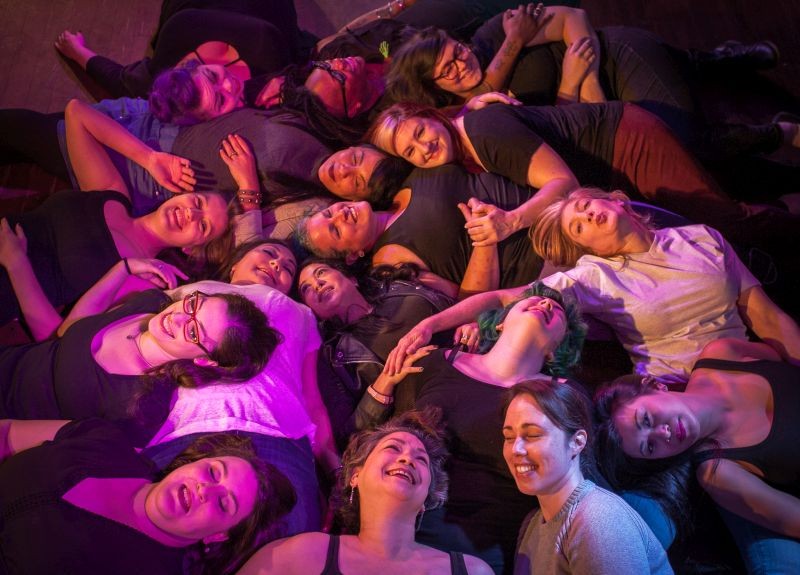 BEFORE A thousand knitting needles started clacking in the creation of pink pussy hats, before the world had heard of A Day Without a Woman, before presidential candidates were dismissing sexual assault as "locker room talk" on national TV, one production put vaginas centerstage.

Eve Ensler’s The Vagina Monologues debuted in 1996 after Ensler interviewed a 200 women about their views on sex, relationships, and violence against women.

The conversations transformed into a show featuring a variety of women speak frankly and openly about their experiences discovering, exploring, reclaiming, and living with vaginas.

It’s a piece about agency, about education, about a near-spiritual experience of discovering and embracing oneself with power, humor, tenderness, and pride.

Today, it still shocks and delights, as relevant as it was 21 years ago.

“I would like to believe that the play is outdated and irrelevant but sadly it isn’t,” Ensler told The Guardian last year.

“I travel the planet, I’ve just come from many countries and the United States where 51% of the population has vaginas and aren’t able to have agency over those vaginas. We know that one out of every three women will be raped or beaten in her lifetime – so we know we have a long way to go before vaginas are liberated.” 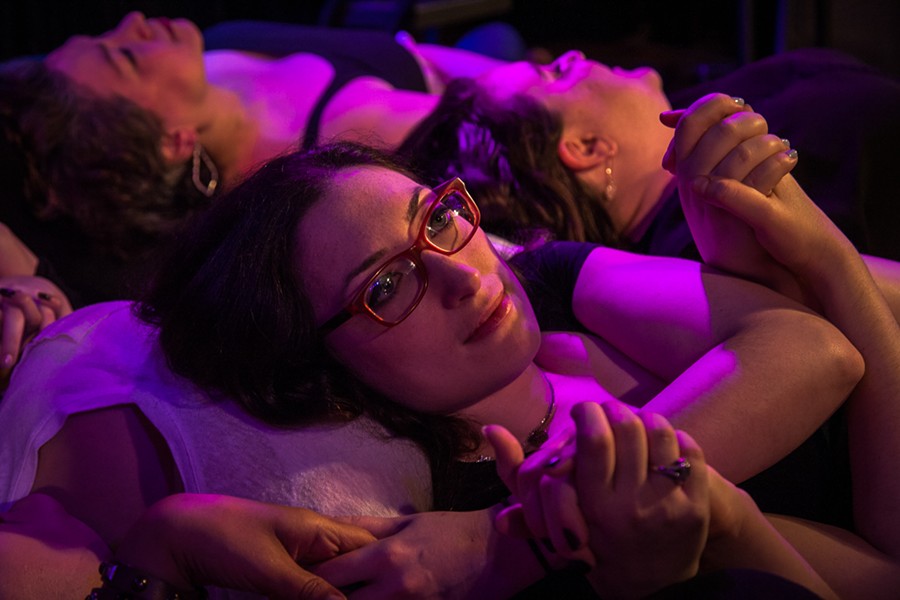 Over the years, the Monologues have been produced locally by SCAD, Armstrong, and The Bay Street Theatre, and 2017’s directors JinHi Soucy Rand and Valerie America Lavelle are excited to bring it back.

“I think the urge to talk about vaginas and how we’re feeling is certainly stronger than ever,” says Lavelle. “The pieces are so timeless because they’re really almost poetic.”

During the 2016 presidential campaign, the need for the Monologues’ return was quite prevalent to Rand.

“We had decided that we would produce the show before we were aware of who the president would be,” she shares. “But during the campaign season, the current president brought the subject up through his life and lifestyle, and I like to think that’s the main point about the show itself: ‘Let’s cut to the chase. You want to talk about vaginas? Let’s talk about vaginas!’ The acceptance, encouragement and tolerance for violence against people who identify themselves as women in the world is absurd and the statistics have not gone down by much.”

The Vagina Monologues is always performed in the month of February in conjunction with V-Day, a movement created by Ensler to end violence against women and girls.

Representatives from Savannah’s own Rape Crisis Center of the Coastal Empire will be at both performances to share their mission, and local artists and vendors will be on-site peddling their wares with a portion of proceeds going to the organization.

A branch of Agape Empowerment Ministries will also collect feminine sanitary products to distribute to homeless women in Savannah.

“This year, we have at least a 16-person cast and we have more members of the cast that have never done it,” says Rand. “Some have never even seen it, and a lot of our cast members are not from the theatre community—they’re from other walks of life and professions.”

(Full disclosure: The author is performing a role in the ensemble.)

In its 21 years, The Vagina Monologues has grown, bringing new voices into the fold. In 2005, Ensler added “They Beat the Girl Out of My Boy,” a piece written from the perspective of a trans woman. Travis Coles took on the role in a Bay Street Theatre production some years ago.

“We had reached out to the trans community and couldn’t find anyone at the time who could perform the piece, but I thought it was important to include it,” Coles says. “You gotta be careful with it as an actor—you’re trying to avoid doing a caricature of it to do the genuineness of the monologue. And that one is, toward the end, kind of scary. It was important to include that monologue, especially in that period of time as trans rights have come more to the forefront.”

Performing that year was Coles’ first exposure to The Vagina Monologues.

When Lavelle first experienced the show at SCAD, she found a sense of connection.

“The first time I saw it, I remember saying in my head, ‘Oh thank God someone else is thinking these things that I’m thinking, too!’” she says.

Lauren Schwan is one of several actors who has never seen the show; at first, the vivid text was a shock.

“I was reading the script lying in bed alone, terrified,” she laughs. “It’s amazing, the power of bringing people together in a show like this—you’re not the only one who feels that way or felt that way, and now you’re finally speaking it out loud.”

“It’s so taboo that it feels good,” Rand says. “Most people will get certain revelations from performing in these or coming to be a part of the audience.”

“I think these monologues need to continue the conversation,” she adds. “These are real life experiences. I feel like even saying The Vagina Monologues, sometimes just the words make somebody uncomfortable—[it’s] taking a lot of the anger and sadness and a lot of the awkwardness and making something artistic out of it that we’re lucky enough to present. And the purpose, I think, is to make people more comfortable talking about vaginas.”

Where: The Bay Street Theatre