The music of Duke Ellington is among the most celebrated in jazz history, so it’s no surprise that Good Times Jazz Bar & Restaurant would honor the legendary composer and band leader’s birthday in extravagant style.

On April 12, the downtown jazz club will continue its celebratory series of summits and performances that not only acknowledge Ellington’s birth month but also highlight National Jazz Month.

The April 12 Trumpet Summit is set to be a special one, featuring a group of renowned musicians who will perform together and include some of Ellington’s most cherished work.

One of those players is Dashill Smith, a seasoned performer and composer who effortlessly blends jazz, hip hop, and soul with his own project The Omega Level.

Smith, who will be joined by fellow trumpeters Kirk Lee, Ken Trimmins, and Ray Callender, spoke to us ahead of the show to talk all things jazz.

How did you get into music, and specifically the trumpet?

Smith: It's kind of a funny little story. When I was a kid, I could play the piano by ear. I'm originally from Brooklyn, New York, and we picked up and moved down to the metro Atlanta area when I was about 10 going on 11. When we moved down here, unbeknownst to us, this is a real heavy area for pollen and stuff like that. I had asthma, so we'd go to doctors to try and get a handle on it.

We had one doctor who suggested that I play a wind instrument.

Smith: Yeah. So it just ended up that I took on the trumpet. It was by way of several different influences. My dad always loved trumpeters. I just kind of took to the horn and that was about it.

Your own project kind of fuses all of these genres that really have pretty strong lines drawn between them already - jazz, soul, hip hop, and funk. Hip hop groups like A Tribe Called Quest and De La Soul, in particular, heavily sampled jazz and funk music. Did you always sort of see the parallels between those styles? How did you land on what you do now?

Smith: It was all definitely a natural thing. Being a kid in the late 80s and early 90s, I was listening to De La Soul, A Tribe Called Quest, Gang Starr, Digable Planets. So it was really just kind of a natural gravitation towards jazz music. You'd look at the albums and the credits and think, "Hey, where does that horn line come from?" 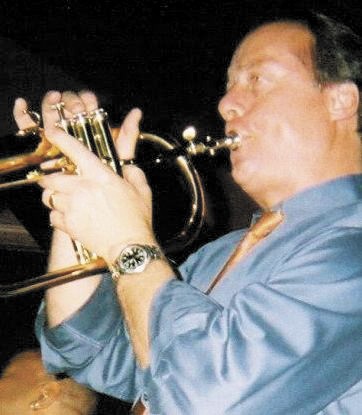 And it's cool because then you discover that, for example, Q-Tip is a really big jazz guy. That really is his thing.

Smith: Right, exactly. So all of those genres just started to become one to me. I just started studying what jazz, bebop, hard bop, and genres like that were about. I grew up rhyming, and was in musical theater as well. So all of those things just sort of culminated into me appreciating so many forms of music.

What does this kind of event mean to you? Why is it important to celebrate Duke's music and National Jazz Month?

Smith: It's definitely important because jazz was one of the first forms of music that was actually born in America. It has a special place in American culture, African American culture, and beyond. Because of the improvisational roots of jazz and the combination of influences from earlier classical forms, it has its own tree that branches into so many other later forms of music like pop music and the golden era of hip hop.

It definitely was the popular music in this country, but its children have taken over. So we need to understand why it’s still being played and why it’s still being taught. We also need to understand that jazz has taken on a different path as far as how it’s become important in certain academic realms, but it’s just as important to recognize that it comes from the streets. It comes from the streets, and it became intellectualized over so many years.