Get Festive this Oktober with seasonal beers

CROWN PRINCE Ludwig knew how to throw a party. Prince Ludwig, later King Ludwig of Bavaria, was getting married in 1810.

To celebrate the nuptials the City of Munich threw a multi-day festival in his honor. The festival was so popular the City decided to make it an annual event.

The festival really got going after the Napoleonic War ended in 1815 and centered not on beer, but carnival type amusements. Eventually beer became engrained in the festival atmosphere until Oktoberfest and beer went hand in hand.

Oktoberfest is still be celebrated in Munich, and this year the 182nd festival, which claims to be the largest festival in the world, is expected to draw six million visitors.

Oktoberfest beers are traditionally a marzen, or marzen bier, a lager with deep roots. Marzens derive their name from the month they were typically first consumed in, March.

Early brewers learned that winter brewed beers didn’t spoil as fast as summer brewed beer. We now know this is because the winter cold killed off any offending bacteria but at the time all that was understood was that cold was good.

Marzen Bier was brewed during the winter and cold cask stored in caves. The beer was brought out as summer started and consumed all summer long. Traditionally marzens have a heavy malt backbone.

How did marzen bier become associated with Oktoberfest? The Oktoberfest festival was a great time to consume those last casks to make room for the next round of brewing.

The additional aging mellowed the hops, accentuating the malt flavors, making them perfect for the fall time festival.

Oktoberfest officially kicked off this past weekend, but even if you are not one of the lucky six million people that can make it to Munich, you can still enjoy a taste of the festival. This list is just the beginning of the many Oktoberfest “style” offerings available from U.S. breweries.

All of these beers are readily available in Savannah:

Teufel Hunden, Service Brewing. In German Teufel Hunden means Devil Dogs, the nickname given to the Marines by Germans during World War I. Teufel Hunden is a traditional Oktoberfest-style Marzen lager, unfiltered with a deep copper hue, a toasted malt aroma and a clean, dry finish that clocks in at 5.4% ABV. 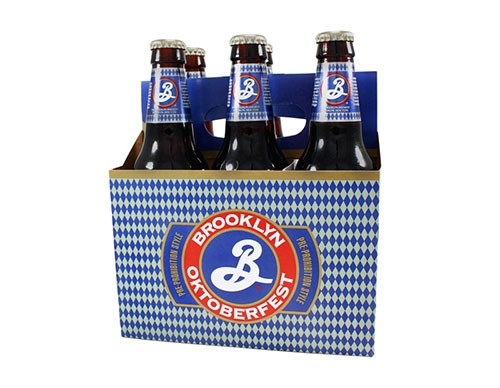 Oktoberfest: Brooklyn Brewing. This 5.5% Marzen Brooklyn Oktoberfest has twice won the Gold Medal at the World Beer Championships. It is an original style, full-bodied and malty, with a bready aroma and light, brisk hop bitterness. 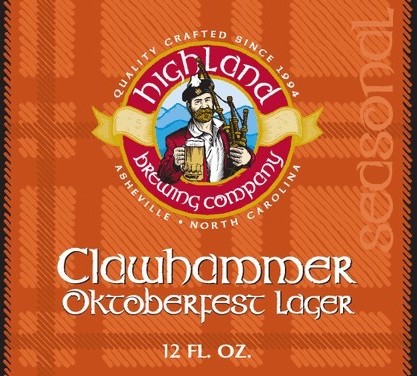 Clawhammer Oktoberfest, Highland Brewing. Clawhammer also has a heavy malt flavor but is brewed with a mix of German hops to create a spicy hop note. The hops and malt balance in Clawhammer and at 5% this is beer that goes down easily.

Want to enjoy a range of harder to find German beers and learn more about German Brewing? Churchill’s Pub will be holding a German food dinner and beer pairing. Churchill’s Pub chef Mike DeMarco is cooking up a range of traditional German plates.

Rob Nelson, representing specialist importer Merchant Du Vin chose the beer pairings. Nelson will be on hand to discuss the history and brewing techniques for each beer included in the dinner.

The German beer dinner will be held at Churchill’s Pub Thursday, October 1 at 7:00 pm. Tickets are $59 and include a four-course meal and four different German beers, including one brewed in Germany Oktoberfest marzen. For reservations please call 912-232-8501.

No matter what Oktoberfest beer you choose to try this fall give the style a try. Fill a stein and enjoy the history of the beer and the Oktoberfest festival. Prost!