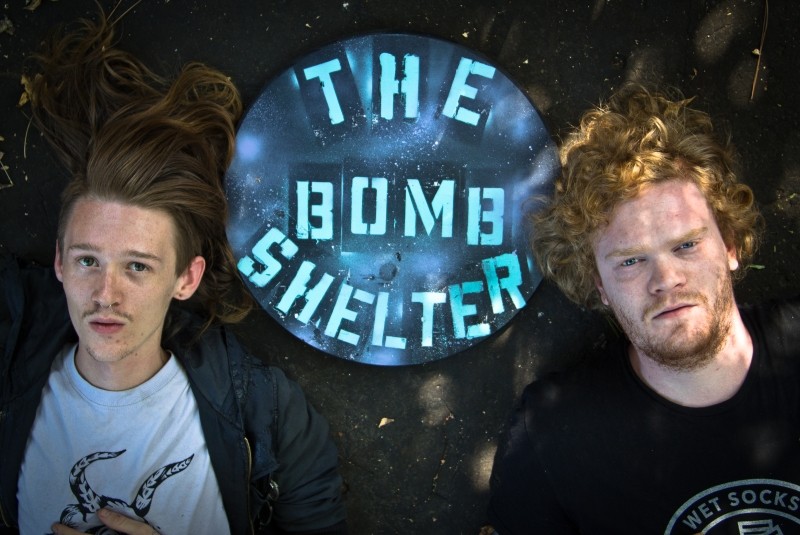 IT'S BEEN a long time coming, and finally, Savannah’s Generation Pill are ready to drop their first full-length. Outpashent will be available on October 24, but it's been ready to go for a few months now, and frankly, James Lee and Josh Taft are ready to get the damn thing out.

“We’ve had the recordings for so long now, it’s weird to me to think that other people will hear them and they’re going to be new,” says Lee. “I’ve been listening to them all freaking summer. I’m happy with it as a single unit.”

“I’ve been listening to it when I walk to work,” adds Taft. “It’s really varied, so sometimes I want to listen to that cool bassline, or I want to have something louder to listen to; I think it can go both ways. You can listen to it all and try to find a theme, or you can pick out the theme in the songs.”

For a band that’s just over a year old, guitarist/vocalist Lee, bassist/vocalist Taft, and drummer Jesse Lee have tapped into a truly distinct sound in the Savannah scene: part ‘90s alt fuzz, part garage, part punk, part folk, all spun around blistering vocals and challenging lyricism. Devotees of Nirvana and Neutral Milk Hotel alike can all get behind it.

Taft and Lee met at The Sentient Bean’s open mic; it was a formative time for Lee, who had played some open mics while living in San Francisco but was still getting comfortable playing for an audience.

“Before that, I couldn’t have even imagined playing for anyone, really,” he shares. “It’s definitely a good starting point; I would encourage anyone who’s trying to start playing to start there.”

Taft, who grew up in Savannah, cut his teeth playing metalcore basement shows at Sweet Melissa’s.

“After that, I started hanging out with the homeless travelers in the park,” he recounts. “They taught me blues scales and stuff, and I started listening to folk punk, then focused on more traditional folk instruments.”

Taft and Lee bonded while they were both on a folk punk kick, obsessing over bands like Andrew Jackson Jihad and Ghost Mice that blend acoustic guitars, punk tempos, and sociopolitical lyrics with a DIY mentality. While Generation Pill isn’t strictly a folk punk band, there’s a stylistic and lyrical directness and rowdiness that bleeds through from that time.

A shared love of hip-hop brought the two together, as well.

“A lot of my writing is heavily influenced by Aesop Rock,” says Lee. “He’s not just my favorite rapper, but my favorite overall poet. I draw a lot from him...he essentially has his own vocabulary, and he’ll go back to these metaphors over and over.”

Generation Pill got its start in Savannah’s DIY/house show scene. When the folks at The Bomb Shelter started a label, Generation Pill’s EP Kill Or Be Killed was their first release. Outpashent will be Release Number Two.

Both offer an unflinching look at mental illness and addiction; the lyrics are sharply personal, but Lee maintains a kind of intimate separation in his writing that creates a space in which the listener can place themselves.

“A lot of the songs are about the fucked up year I had,” he discloses. “I didn’t even know if this album was going to come out. I kind of had a breakdown essentially right after we recorded; I didn’t want to leave my bed. We were dropping shows...it’s better now. I’m not like, all the way through it, but I’m able to practice and go out and play. The songs are the culmination, I guess—essentially reporting on shit that led up to that breakdown.”

“I feel like some it could be metaphorical, or satirical, of the condition of mental illness,” Taft adds. “It’s not completely self-referential. It’s easy to find your own meaning.”

“It’s very therapeutic for me to write,” Lee asserts. “It’s very dark and depressing, I guess, but it’s me getting this shit out so I’m not just holding onto it all the time.”

“The song is about all the police killings of unarmed black men,” Lee says. “But it sounds like [Dr. King] is talking about stuff that’s happening today; it’s crazy.”

Taft, who contributed two songs to Outpashent, writes from personal experiences, using imagery to convey emotions. While he and Lee certainly have distinct styles, the songs fit together perfectly in the context of the record.

With samples soldering songs together as fuzz and delay spill over tracks, Outpashent has its stand-alone numbers that listeners will vist again and again, but Lee likes for the record to be taken as a full, complete piece.

“I always listen to full albums,” he says. “I try to appreciate them, as people put time into the flow of it; it’s not like we recorded all these songs and threw it on there. We put a lot of time into thinking about what songs go where.”

Following a foreboding, wickedly pulsating intro, “Narcissism Intact” comes in swinging like some early metal behemoth, spitting and stark in its warpath.

It’s dark, it’s hooky as hell in parts, it’s entirely visceral—it’s real. ‘90s grit may be back in style, but Lee’s Kurt Cobain influences show through in more than tone; it’s the hard stare of it, the fearful honesty in his timbre that reels you in from the start.

For years, Lee’s messed around with electronics and experimental recordings in GarageBand.

“It’s just what I’ve been doing forever, so it felt right to me to put stuff like that in it,” he explains. “It breaks up the wall of [guitar].”

Recorded by SCAD Sound Design student Henry Mcgehee at The Bomb Shelter, Outpashent hisses and spits with those perfect imperfections, anchored by Lee’s tremendous guitar and vocals that splash and claw their way toward some sort of reconciliation.

Lee composes melodies before all else, bringing a fresh catchiness to the sound; Taft’s basslines will get you dancing to the grime (check out “Trap House Party,” which opens with a bass riff strikingly similar to Fugazi’s iconic “Waiting Room” hook).

Taft has nothing but good things to say of Generation Pill’s small label.

“They’re doing really good stuff,” he says proudly. “For a bunch of people who are still in college, they’re doing some of the coolest work in the city, in my opinion.”

Get to the show early to snag a free copy of Outpashent, handmade by Bomb Shelter Records, at the door; the results are well worth the long wait.