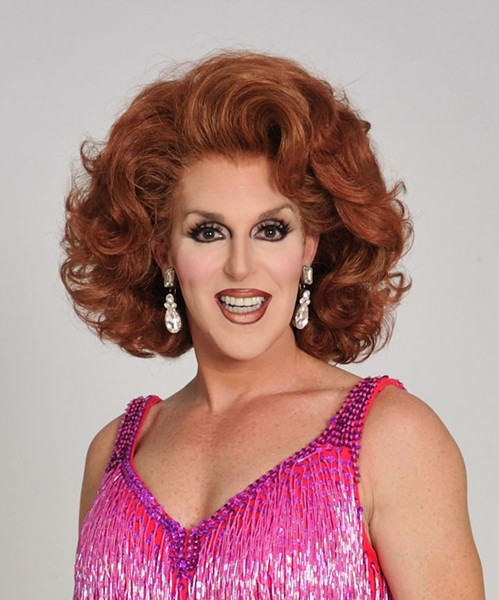 When guests step into Key West’s Crystal Room Cabaret at the Lateda Hotel, they are greeted by some of the world’s biggest stars all on one stage.

For years, Randy Roberts has been thrilling visitors from around the world with a must-see one-man show, transforming into icons like Cher, Joan Crawford, Carol Channing, Mae West, and beyond. A true entertainer, Roberts offers a multimedia tribute with song and style, shimmering in the spotlight.

When he’s crossing the stage to a pulsing beat, Roberts isn’t lip-syncing along to those classic numbers—that’s him belting it out, throwing a glossy grin at the crowd and sashaying to the rhythm.

Throughout his career, Roberts’ multi-versed talent has landed him on television (America’s Got Talent, One Life to Live), off-Broadway, and among Vegas’s glittering lights. It’s a path the entertainer has follwed since he was very young.

Roberts, a native of Virginia, traces his first starring role back to a childhood Thanksgiving pageant (“a turkey of a show,” he reports). After high school, where Roberts took advantage of his school district’s state-of-the-art theatre, he worked as a singing waiter on a cruise ship. In the winter, the ship sailed to Florida. It was a journey that would change Roberts’ life.

“At Miami Beach, we went to see a drag show in a hotel,” Roberts recounts. “It was rejuvenating.”

The young talent auditioned and was hired in the “An Evening at La Cage” show. It was a springboard that launched him to the Entertainment Capital of the World.

“I flew to Vegas, got hired, and became a Vegas showgirl in a huge drag revue in the main show at The Sahara Hotel called ‘Boy-lesque,’” Roberts shares. “The night I went to see the show, I cried...I saw an impersonator, a drag queen, being paid Vegas headliner money. It wasn’t even drag, it was mainstream. I said, ‘Oh my god, I don’t have to do theatre—I can do this.’” 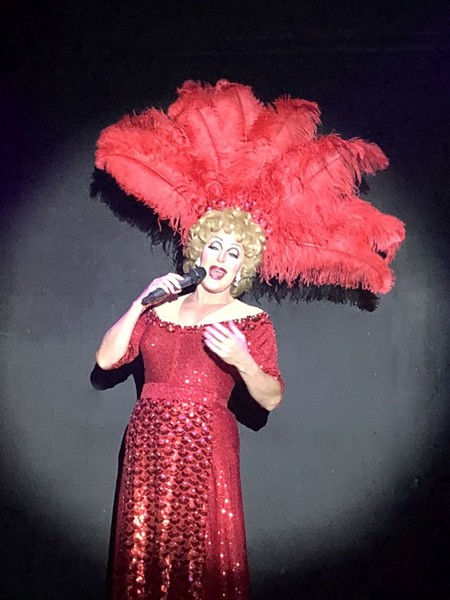 Roberts spent time in the Glitter Gulch in classic showgirl style—high-cut bathing suits, feathered headdresses, the works—before developing his impersonator act. Instead of lip-synching like many queens, Roberts belted out the songs of Cher, Liza Minelli, and Bette Midler himself.

“I always thought, ‘I can’t sing in drag, I’ll sound like a man,’” says Roberts. “The first time I tried I was in my early 20s in Virginia. People loved it! The voice fits the face it’s coming out of, even in makeup.”

During his revue, Roberts transforms into several gay icons live and in person. It’s not all about being someone else, though—Randy Roberts is a character unto her own, and that sharp tongue and those polished skills wow any crowd.

“In my career path, I didn’t do a lot of the gay bar circuit,” Roberts says. “That’s not a positive or a negative, it’s just the direction I ended up going. My work was always targeted toward a straight audience—theatres, cabarets, casinos. It was okay to see the drag show in the casino. Now, everybody goes everywhere.”

In his career, Roberts has performed from Biloxi to San Juan, coming home to Key West for the last 20 years.

“I have a special place in my heart for Madrid,” Roberts says, recounting some of his favorite cities he’s toured. “That’s where I started my one-man show. I went over there with a big show, and the producer left with the money. The rest of the cast left, went back to the States, and I stayed in Spain the entire year. I learned Spanish, put together my show, and Spain embraced me.”

Roberts has a particular fondness for Savannah—a good thing, since we’ll be seeing a lot of him. This summer, Savannahians can see Roberts live at Club One on June 16, August 18, and in future dates.

“I love Savannah people,” Roberts says. “Cal and Travis, Club One’s owners, came down to Key West to see the show and immediately said, ‘We want you in Savannah.’ To be in the room where Lady Chablis worked, that they would ask me to come and do what I do in that spot, is really, really cool.”

The legacy of the Grand Empress of Savannah is not forgotten by her forbearers.

“Chablis helped open me up, and she really did bring in a whole different audience,” Roberts says. “It’s fun to follow the trail of a trailblazer. There are a lot of sequins and rhinestones along the way!”

Whether you’re a fan of drag, cabaret, theatre, or Vegas-style revues, Roberts will captivate with seasoned professionalism and timeless talent.

“I love Savannah and Savannah people,” he says. “I love walking around the area, love the food—it’s not good for my waistline!—but I really do love it there.”

Speaking of Randy Roberts, Club One