For the love of dolphins

Back in 1989, a disease called morbillivirus was killing off estuarine dolphins in alarmingly high numbers.

“The scientists came together, and they ended up forming The Dolphin Project,” shares Doris Koch, publicity chair.

Each month, except December and any stormy month, the all-volunteer team heads out on the water with the goal of photographing each dolphin’s dorsal fin. 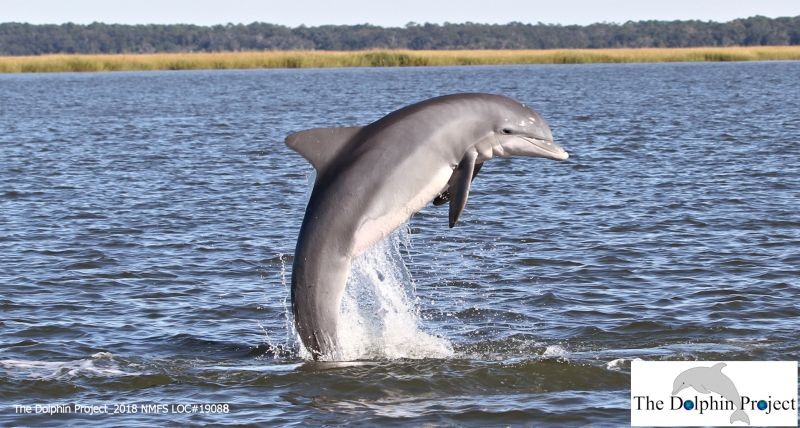 “Like a whale, they can be identified by their dorsal fin,” explains Koch. “Each skipper is given charts to see which area they’re going to cover. You go out for a full day, leave the dock at 9 a.m. sharp. You’re out there on effort, and the effort is to go to your designated survey zone and take as many photos as you can of the dorsal fin. We also try to record what size they are. We have a survey sheet, and on there we designate for each period, what’s their behavior? Are they fishing, are they milling, are they traveling?”

The Dolphin Project has a permit from the NMFS/NOAA to conduct this research off the coast of Georgia.

“We follow them from the area of the waters by Hilton Head down as far as St. Mary’s,” says Koch. “These guys do not go out into the ocean; they only live in our rivers and tributaries and that’s it.”

It’s important for the Dolphin Project to conduct this work because dolphins are a sentinel species, or an animal that’s used to detect risk to humans.

“The crucial part is to maintain the numbers,” says Koch. “If the numbers of the dolphins are actually depleted, because of disease or boat strikes, they’re a signal for the rest of the environment on the coast. If they get sick and die because the water is terribly polluted, like down by St. Mary’s where they have the paper companies spewing into the water, there’s a lot of dolphins, [especially] neonates, that die because of the pollution.”

As a species that’s only found off the coast of Georgia, estuarine dolphins are also especially affected by offshore drilling. The Dolphin Project has been working tirelessly with other environmental groups, like Oceana and the Savannah and Ogeechee Riverkeepers, to advocate against offshore drilling.

“The facts have been presented—let’s face our area. What do we rely on so much?” asks Koch. “Tourism and fishing. I don’t want to say if, but when there is an oil spill, what will happen to our rivers? It’ll ruin the whole fishing industry off our coast.” 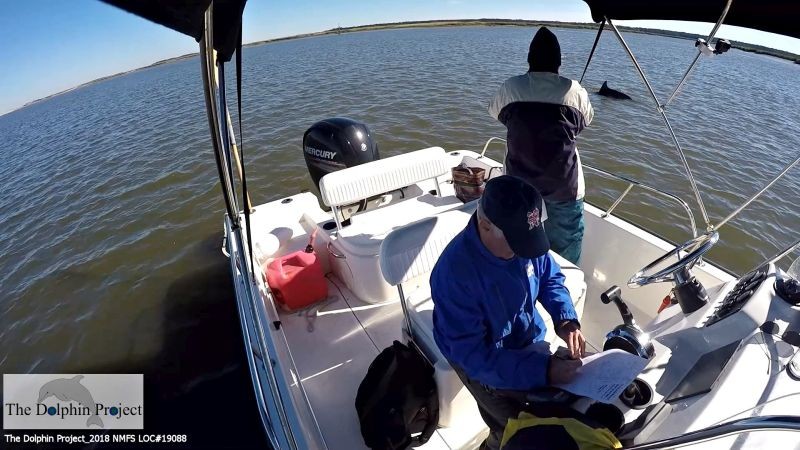 Koch notes that, as a 501c3 nonprofit, the Dolphin Project doesn’t take any political stance, instead focusing their efforts onto advocacy and education.

The Dolphin Project also holds trainings to recruit more people to join in the organization. The next training workshop is on Sat., Nov. 3 at noon at the Richmond Hill Library.

This anniversary not only provides a fun night on the water, but will fund the Dolphin Project’s next effort: measuring the salinity of the waters they survey.

“We want to have each of our boats equipped with a salinity test,” says Koch, “so we can see if the salinity has any bearing on them.”

30th Anniversary of the Dolphin Project

Tickets $40 in advance at thedolphinproject@gmail.com and $45 at door, includes live music, a buffet w/ Lowcountry boil, and silent auction.