Everything is (still) Terrible!

INTERNET video culture is a fleeting thing. Just think: we met Mobile, Alabama's alleged "leprechaun" nine years ago (and we still wanna know where the gold at). That double rainbow we so marveled at, the one that shoots all the way across the sky? Five years past.

Out here, even the quickest clicks get eaten byte by byte—yet somehow, the hair-brained geniuses behind video blogging site Everything is Terrible! preside as gods of the Internet.

He’s on the phone in a room surrounded by 3,000 tapes, only a small percentage of which he says he’s used. It’s all a part of the found footage life.

“I never worry about running out of material,” he says. “But I still definitely buy 30 to 100 tapes a month.”

Before the beloved site existed, Mailer and cohorts were, in his words, “just a bunch of friends who did the thing that people in college did, which was sit around, get high, and watch weird videos you find on VHS tapes.”

What’s long distinguished Everything is Terrible! within the found footage movement is the joyfully psychotic editing, the curatorial ability to bend groan-worthy infomercials into bad trips and how-to videos into hypnotizing hallucinations.

“As we got older, we got more into making stuff and editing,” explains Mailer. “We started remixing them and messing with them.”

After college, the friends moved around the country, starting the blog/site as a way of keeping up and sharing the weird material they were still scrounging up. Individuals posted their own edits; Mailer says clip editing doesn’t quite lend itself to collaboration.

“We always joke about how we all wish we were musicians and could jam together,” chuckles Mailer. “We can’t play instruments, so the best we can do is sit behind another person while they edit and say, ‘You should put another clip of that singing Bible there! It’s so lame and funny!’” 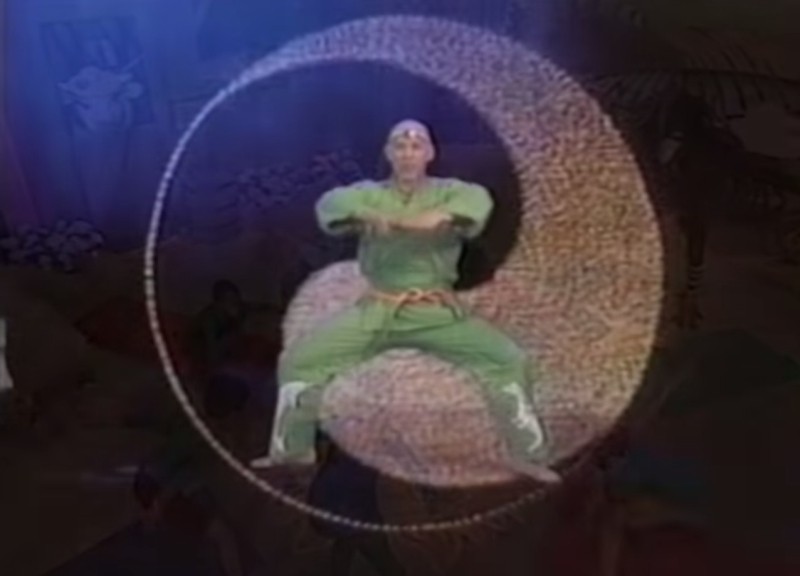 The feature-length compilations that the group’s turned out, like Everything is Terrible: Holiday Special, which Savannah saw at Graveface in 2013, are collaborative efforts.

Their first feature was a catapult into their now-iconic live tour; upon its release, far-off venues were suddenly asking the group to come put on shows with the footage.

“We were totally shocked that people wanted us to come to their city and screen it,” says Mailer. “It made us realize we could get away with building costumes and putting on live shows. We invented this stereotype, this whole world, with these ridiculously terrible clips.”

Though giant puppets and psychedelically absurdist live action are a key element in most shows, Mailer notes that they’re trying something new for the Legends tour.

“We’re doing an experiment with the live show called Choose Your Own Destiny,” he excitedly shares. “Because we have so much stuff that was collected, we’re going to pull from all of it. There’s way too much to show in 90 minutes, so we’re collecting it in little piles and presenting choices to the audience. It’s interactive and fun in that way. And we’re just doing this in the Southeast, so it’ll be a special treat.”

But anyone who left Graveface with aching sides after Holiday Special shouldn’t worry about the new turn: “There will be large-scale puppets and costumes and everything we’re known for,” assures Mailer.

“I’m excited, because it’s like relying on people—and that’s such a big thing to ask,” he says. “A lot of people go to shows not to perform but to watch something, so you’re asking a lot of people.”

Mailer’s confident in the loyal fans, though: it all goes back to the reason the site thrives to this day.

“We have a very wonderful crowd base,” he attests. “It’s amazing.”

Even as the public’s taste have gotten a little weirder (Mailer tips his hat to the screwball stylings of Adult Swim, with whom they’ve actually teamed up in the past), the Everything is Terrible! team finds that they’ve managed to survive past a flash-in-the-pan phase and grow with the Internet.

“Everything is just changing for the better for us,” says Mailer. “The tone of the Internet, and thus, the world, has shifted in favor of Everything is Terrible! over the years.”

“When we started this, everyone was like, ‘What is this?’” he remembers. “Now it’s like, ‘Oh, you’re making psychedelic comedy! Of course.’”

Everything is Terrible! Legends