THERE SEEMS to be a growing consensus — something felt in the air as well as spoken of openly — that though locals might still enjoy it, downtown really isn’t for us anymore.

This isn’t to say that Savannah has tired of its downtown, or doesn’t want to enjoy it, or isn’t still very proud of it.

But it’s become obvious to even a casual observer that the vast bulk of people downtown at any given moment are tourists or day-trippers, whether walking around, dining, or staying at an Airbnb or hotel.

So where do locals go for fun now? A lot of locals who used to regularly seek recreation downtown have moved the game south, to the area between Forsyth Park and Victory Drive.

You might be tempted to call it Starland, though that’s technically just a few blocks. I’m really referring to the whole general area, which includes the Habersham corridor as well as the full length of the burgeoning Bull Street corridor.

These days when locals say they’re going out for a bite or a brew, it’s even money that this is the area they’ll go.

And why not? Parking’s free, the prices are lower for same or better quality, you run into more people you know, it’s very bikeable and walkable, and there aren’t 30-60 minute waits ...... yet.

Parts of the Bull Street/Starland corridor are now getting as much pedestrian/customer traffic as the high-traffic zones of downtown, occasionally more. This trend is only going to increase.

(Side Note: Let’s not forget the pioneering early role of Foxy Loxy in this remarkable renaissance.)

Even the local music scene is migrating out of downtown, with the quick success of Victory North in Starland almost certainly to be followed by similar activity.

So that leads me to that other great defining characteristic of Savannah life, other than our Historic District itself:

As I’ve written before, I don’t regard to-go cups as just a frivolous amenity or a cute touristy thingamabob. In my opinion to-go cups are perhaps our most basic expression of truly civilized and democratic behavior as well-rounded citizens.

To say otherwise is to say you distrust your own citizenry. That should be a non-starter in a democracy.

If we can’t trust and empower our citizens with something as simple as the right to responsibly enjoy a beer in a to-go cup, are they really empowered at all? 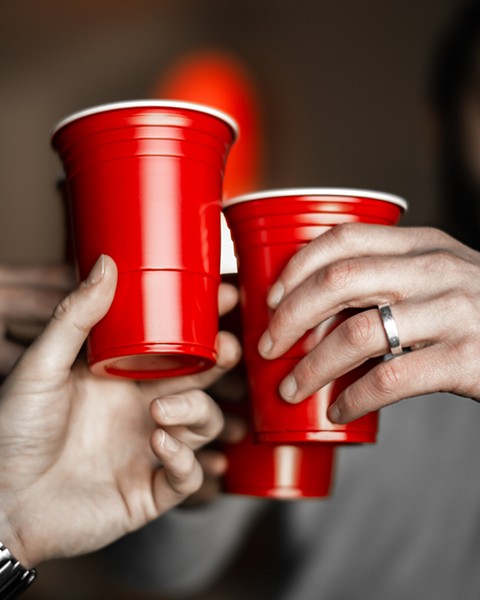 While Savannah’s extraordinary walkability, physical beauty, and remarkable town plan all make walking around with a to-go cup thoroughly delightful, there’s no reason why everyone of age in every American city shouldn’t be allowed to enjoy this very basic adult activity.

A few other U.S. towns also enjoy the use of to-go cups to varying extents. But I’d say Savannah and New Orleans are the only places where to-go cups are part of the city’s core civic identity, with both having demarcated, if very large, areas where they are allowed.

As to the understandable worries about drunk driving, I think to-go cups actually decrease drunk driving, because there’s no need to hectically drive from place to place just to get another drink.

If you don’t believe this, spend some time driving around Atlanta at midnight or 1 a.m. on a weekend. You’ll be surrounded by drunk drivers speeding and weaving their way to the next club. It’s insane.

So here’s my humble thesis:

1) Since to-go cups in the Historic District are an inalienable right of all adult Savannahians;

2) And since the Historic District is now mostly a playground for tourists rather than Savannahians;

3) Therefore it makes perfect sense that the legal area for to-go cups should be enlarged for the enjoyment of those who actually live and work and pay taxes here.

Think about it. It’s almost impossible to argue with the logic of this.

(If your first thought is “but Jim, we can’t let all the riff-raff have to-go cups,” take a long hard look in the mirror and ask yourself who you mean by riff-raff. And show yourself the door on your way out.)

I think this is a no-brainer, I really do. I think someone running for City office right now should make it a platform item.

A proposal to extend to-go cups to include Forsyth Park was in a draft ordinance as recently as 2015, so it isn’t as radical as you might think.

In doing so, Savannah would have something to teach the rest of the country: A successful model of how to-go cups can increase livability, increase cultural enjoyment, and boost the economy.

Simply put, to-go cups should be extended out from their current southern border at Jones Street.

If you want to up the ante and say they should also be allowed east of East Broad and west of MLK Boulevard and all the way south of DeRenne, hey, I’m all about it.

That’s really my point: People of legal drinking age should be able to enjoy to-go cups anywhere, not just in the Historic District.