Editor's Note: Is the honeymoon over already?

THE NEW Savannah City Council came in with a remarkable wave of optimism and enthusiastic public support, greater than any I’ve seen for a local election in over two decades of covering them.

Inauguration night on Jan. 2 — it seems so long ago now — was more like an awards show than a somber ceremony, with musical guests and emotional speeches.

Each Council member was introduced to roaring crowds as if they were celebrities in their own right, before they’d even taken the oath of office.

The hype was inevitably going to come down to earth — it had to. But I don’t think even the most cynical among us thought it would happen this soon, barely a month after inauguration.

The particulars of what happened to deflate the balloon won’t be remembered another month from now. But here’s a quick synopsis:

Alderwoman and Mayor Pro Tem Estella Shabazz held a town hall meeting in her district, in part to talk about a controversial proposal for Mayor Van Johnson to have more control over setting the agenda for each Council meeting.

She specifically did not invite the Mayor.

In attendance were Alderwomen at Large Alicia Blakely and Kesha Gibson-Carter, as well as First District Alderwoman Bernetta Lanier.

At that meeting, other Council members were called out and shamed, some by name, for not attending Shabazz’s meeting.

(This came on the heels of Shabazz calling her own impromptu press conference to talk about a double murder in her district, before the Mayor’s own press conference with the Chief of Police.)

An important Council workshop last week, after the town hall controversy, was dominated by an intensely personal debate over that town hall and what was said at it.

There are clearly feelings of betrayal on the part of some Council members. They will eventually fade away — but they’ll also leave a mark.

For a Council ushered in with an unprecedented wave of solidarity, stark dividing lines are already apparent, six weeks in.

The most vocal of the new Council members, such as Blakely and Gibson-Carter, are quick to say it’s no accident that they won their elections overwhelmingly, and that real change and real paradigm shift sometimes isn’t pretty.

They say, with justification, that they were elected with a mandate for broad change, and this is what fighting the status quo looks like.

In other words, to make an omelette you have to break a few eggs.

They’re not wrong. Not at all.

The only problem is that the key word in “working majority” is “majority.”

Those four alderwomen have, at least for the time being, managed to isolate themselves as a voting minority on the nine-member Council.

It’s unlikely that this kerfuffle will loom large for long. Pressing City business is coming up, especially with the key decision on who to hire for our next City Manager. 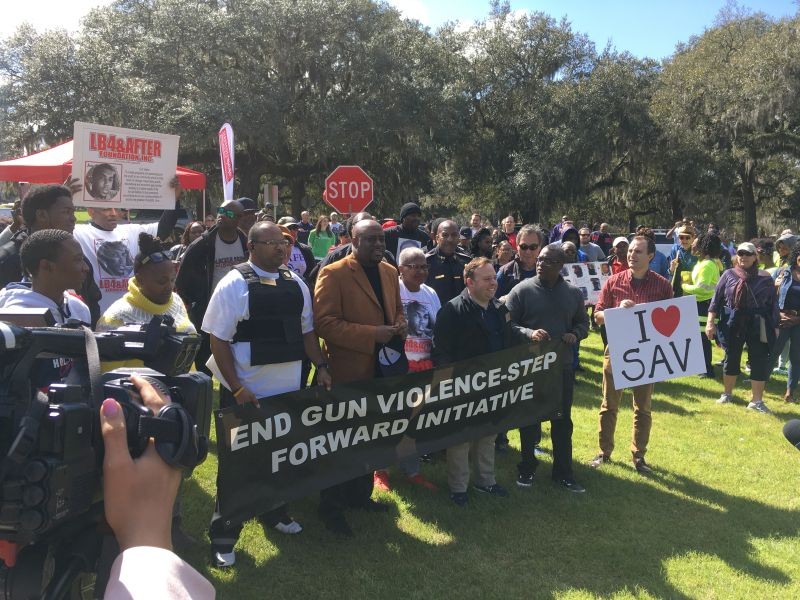 By this past Saturday, the Mayor and Council were already patching things up, together attending the Love March to End Gun Violence, a great community event in Daffin Park that hopefully will be the first of many of its kind.

Not only a great unifier for the community, it also helped serve as a unifier for a fractured Council.

But the template of the controversy itself is what is disturbing and unsustainable. And it’s a template that mirrors a much larger one nationally.

For the most part, the Mayor and each member of Council have their own large and loyal Facebook followings, which helped get them elected.

In the wake of this recent controversy, a pattern quickly emerged: Each one retreated to their respective fan bases on social media, to both tell their side of the story, and to get in a few more shots.

Their fan bases responded accordingly, egging them on.

This of course isn’t unusual in 2020, and is in fact more and more the norm.

From Trump’s Twitter feed, down to local School Board politics and Tony Thomas’s Facebook antics when he was on City Council, we’ve seen social media have profound effects both in terms of mobilizing voters, and in alienating voters from each other.

Unfortunately, this discord and mutual mistrust is a feature, not a bug, when you rely extensively on social media to build your following.

Face-to-face communication – such as what happened at this Saturday’s Love March – will always have an important place in our civic dialogue.

And hopefully one lesson learned from this controversy is that face-to-face dialogue should have the most important place.

Building your brand on social media might be important individually, but building bridges is better for the city in the long run.