HOW OFTEN do you think about racism?

Most likely, you don’t, at least not often. Racism has so permeated our society that it’s not an active topic of conversation.

However, by activating that discussion, we can subvert the structures that enable racism and disrupt its effects.

Georgia Southern University is working on that disruption with a three-speaker panel this Thursday.

“Everyday Anti-Racism: Images, Institutions, and You” is the second in the four-part lecture series A Moveable Feast, an Armstrong tradition that GSU has kept alive.

The lecture is delivered by three Georgia Southern professors: Alicia Brunson, Department of Sociology and Anthropology; Dina Walker-DeVose, School of Human Ecology; and Christopher Cartwright, Department of Writing and Linguistics. 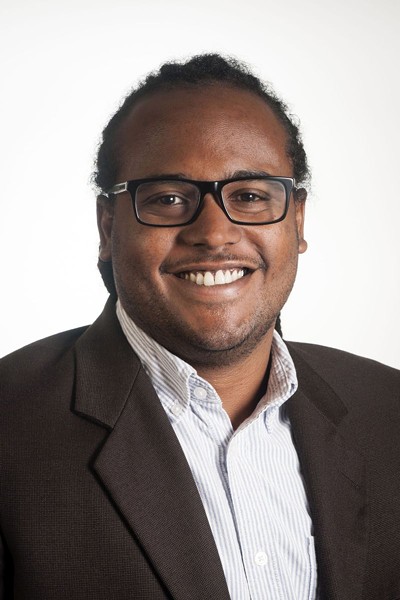 First up is Cartwright, who disputes the current way of thinking about race.

“In the dominant attitudes about race and racism, we talk about race as an immutable concept. It’s not real, but we measure it and discuss it as if it describes what we’re talking about,” says Cartwright.

“Race, whenever we talk about it, we’re measuring things like income and zip code. We’re talking about real ethnic and cultural differences, like language, region, and religion. It’s this conceptual layer between reality and getting closer to understanding things. It’s not not seeing race, it’s seeing race in terms of racism.”

Cartwright will also discuss intersectionality, which was first coined by Kimberlé Crenshaw and expanded upon by Patricia Hill Collins. The concept of intersectionality examines power systems like race and class and how these systems affect everyone differently.

“Basically, I think the most recent scholarship encourages us to see that these forms of identification have to be understood or deconstructed in terms of the system of power they represent,” explains Cartwright. 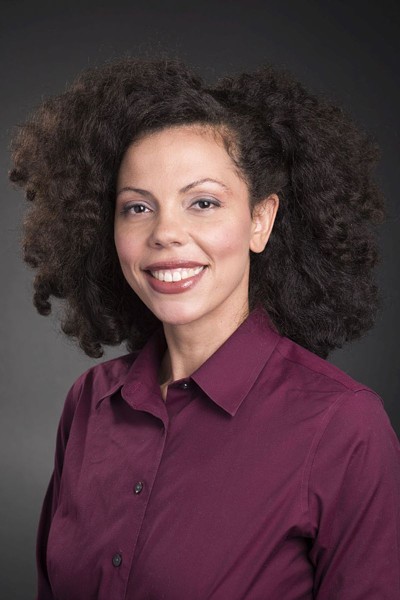 That trajectory follows people of color through to today, where prejudices against them end up being used in media, as Brunson explains.

“My contribution is to focus on media and imaginations we have developed through media that manifest into policy and institutional inequalities,” explains Brunson. “We don’t know the difference between pretend and reality anymore—we as adults watch stuff on TV and think it’s real. I teach my students media literacy—being able to analyze and know the messages, where they’re coming from, reasons for these messages and images, and how we can disrupt them, disregard them, or use them to our advantage.”

How is that accomplished?

“Be more informed. Ask more questions,” implores Brunson. “Where is this coming from? Why don’t museums have female curators? What is education like through the media? Stereotypes like the angry black woman, the father who’s not there—what does that say to us as African-American people? Is our family different?”

Once you notice the ways people of color are stereotyped and represented in the media you consume, you might begin to notice how that informs your own view.

“You have to be awake to see this issue, and then you see them all the time,” says Brunson. “What do you do after that?”

That’s where Walker-DeVose comes in.

“My husband and I have written on this topic and have developed a model called the Big IDEA,” explains Walker-DeVose. “It’s a series of questions for mental health providers. ‘I’—what biases do I hold? We are all biased. That’s the reality of being a human.”

The rest of the acronym focuses on Development, Engagement and Exploration, and Accountability and Allies.

“The problem there is, and so we assert, the absence of authentic relationships—and I don’t mean, ‘My neighbor is black,’” says Walker-DeVose. “We mean real interactions. You’ve been to their house, celebrated their children’s birthday, engaged with their culture and values. You don’t have to agree, but at least you’ve had a conversation. That’s what we mean by authentic experiences.”

Those experiences can help minimize biases that people hold towards each other— empathy is a strong uniting force.

“The difference between explicit and implicit, we don’t know and we don’t believe that we are oppressed, so we never do anything about it,” says Walker-DeVose. “When we were slaves, we knew concretely that was wrong and we have to do something. But people of color have reached this level of, ‘I’m comfortable, I own a house, I have a job, I work next to black people and gay people and I’m free.’ But the reality is, the structures have not changed.”

Walker-DeVose points to the treatment of black boys and girls, particularly in their expulsion rate, which is 3.6 times higher than that of other populations.

“Those structures of segregation and Jim Crow—that’s a systemic thing,” she says. “We let these black boys and girls into the classroom, but the first time they do something that makes us uncomfortable, rather than give them services they may need, we’re going to kick them out.”

Through her work with education, Walker-DeVose hopes to counter that bias.

“We talk in my presentations about the structural aspects of racism, that there are people doing that work, a huge body of legislators that are more diverse than ever,” says Walker-DeVose. “But for my work, if I can keep one black boy in a classroom that he needs to be in, if I can get one teacher to think a little bit differently...There’s this top-down work. I’m doing bottom-up. “

As all three speakers can attest, racism is endemic and takes serious effort to disrupt.

“It does absolve us to some degree to say, ‘You know what, the reason I keep perpetuating racism is because I live in a racist society,’” says Cartwright. “Ideas are like an infection. We’ll probably never extricate ourselves from that.”

Everyday Anti-Racism: Images, Institutions, and You