THE Coastal Heritage Society has an exciting new property in its roster.

On April 1, the nonprofit began management of The Society of the Cincinnati in the State of Georgia’s Harper Fowlkes House on Orleans Square.

Named after Alida Harper Fowlkes, who bought the house in 1939 and managed it until her death in 1985, the home reopened as a museum in 2008.

Harper Fowlkes was a leading figure in the preservation movement in Savannah, an impressive feat for a woman at the time.

The Harper Fowlkes House will host an Open House this Sunday to introduce visitors to the Coastal Heritage Society.

How did this partnership come about?

We were just approached, and it ended up being at the right time. The current director of the home was retiring, and the membership person was leaving, so it just ended up working out that they really needed a team to be able to take it over. Coastal Heritage Society fortunately has the resources that they’re able to just jump in and do that. We have a marketing team, group sales, people that can manage the collections—it just works out really well that we already have a team in place with other sites that we’re able to jump in and get everything up and running.

When Alida Harper Fowlkes willed the home to The Society of the Cincinnati in the State of Georgia, part of that was giving it to them as their headquarters. She also wanted the home to be a museum so people could learn about life during the mid-1800s. The house was built in 1842. She wanted people to be able to learn about that, and a part of that was keeping all her furnishings intact. She has a lot of furnishings from the 1920s and 1930s when she originally moved into the home, and she wanted everything to stay in here.

For us, a lot of that stuff is like a collection item in a museum. Even though it’s a historic home, the items in it are very much like museum artifacts. 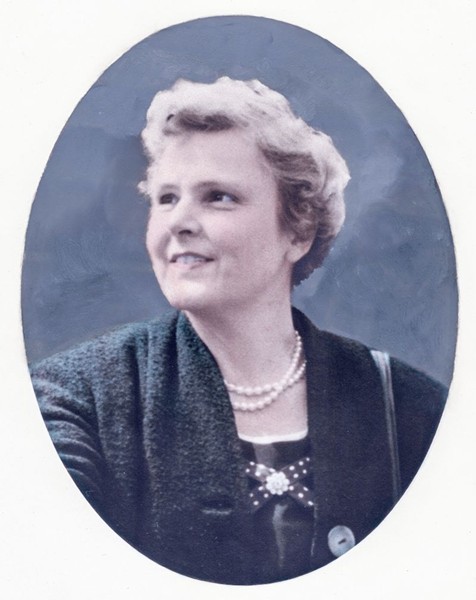 She was pretty big in the preservation movement. A lot of people know about the Historic Savannah Foundation, the five founding women that helped with that, but in her own right, Alida Harper Fowlkes did a lot with the preservation moment here. She managed a business out of the Olde Pink House so she was partially responsible for some of the preservation efforts that happened there.

And her purchasing this home here in downtown, she was responsible for the upkeep here and making sure the home was kept in pristine condition and making sure it remained here. A lot of homes of that time were torn down, so it’s nice she was here to make sure some of these classic homes in the Savannah area were able to remain sites that people can still visit.

You can’t get those stories back. There’s just so many interesting narratives. That’s one thing we want to do now that we’ve taken over the home is tell more of Alida’s narrative. Of course, the home in itself is beautiful and there’s a lot to talk about with the architecture and all the unique details, but she had such a fascinating story herself. We have some artifacts of hers that have never been put on display before, like some social journals of hers where she’d go to social events. We have some sketchbooks where she did some designs. It’s really cool to be able to see some of her ideas for decorating, like wallpaper ideas and different ideas she wanted to do. It’s fascinating to have things she worked on herself. I think we could do a lot with telling her story through those.

What can this site add to the Coastal Heritage Society roster?

I think we could do a lot more with the home; there’s a lot to talk about. The Society of the Cincinnati in the State of Georgia have a unique history in terms of Revolutionary War history, so that ties in to some of our other sites.

Tell me more about that organization.

The Society was founded to preserve the ideals and fellowship of officers of the Continental Army who served in the American Revolution. They focus on people that have a lineage that are tied to the patriarchal side of having relatives in the Revolutionary War. It’s something that Alida Harper Fowlkes was very interested in, which is why she donated her home to them.

There are naturally a lot of connections with us and them—having the battlefield from the Revolutionary War outside the [Savannah] History Museum. There are some connections there.

I feel like the home being from the 1840s and then us having Old Fort Jackson and other sites tied to the Civil War, we’re able to talk more about that. 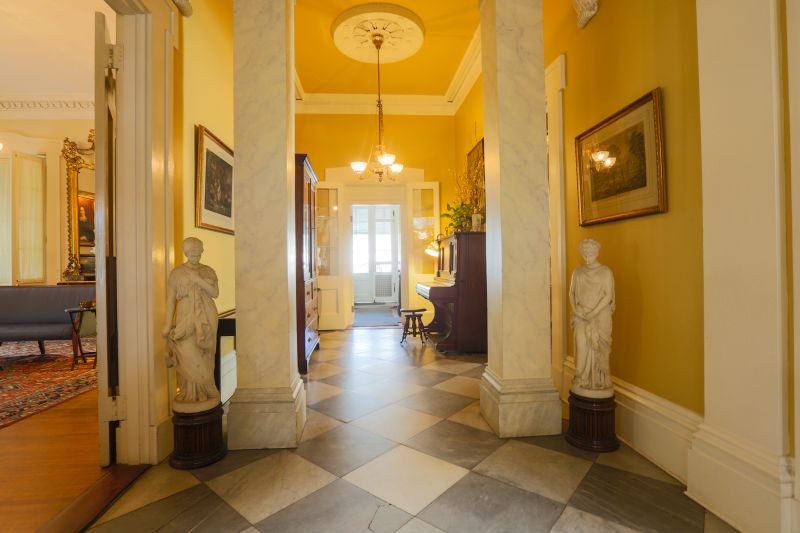 And then, of course, at all our sites we’re looking to incorporate more women’s history. It’s cool to be able to have a strong female figure who managed this property that we can incorporate into all the history of the sites. Thinking she did it all without family money, without her husband’s money, is really fascinating and inspiring to me. You don’t hear about that very often.

She bought it for $9,000 from the original family that purchased this home in 1842, so it was carried on in the family for a good amount of time, then it was sold in 1939 to her. She apparently had her eye on it for a good amount of time. In some of her diary entries and other information we’ve gathered, she really liked this home for a long time.

It’s going to be really fun. We’re going to let people do a meet-and-greet with our team since we’re new to taking over the site. We’ll talk about what we have planned for the future.

What do future plans for the Coastal Heritage Society include?

We’re planning to do a lot more diverse educational planning and tours. We’re actually going to be doing tours every hour on the hour. It used to be just as people came in, but we’re seeing an uptick in traffic at the site, so we’re hoping to do them hourly.

One really great deal we have is our membership. If you get a membership to Coastal Heritage Society, you get access to all our sites for the entire year, and if you join now, you have an extra site.

We have a ton of field trips groups, and one thing we do at our downtown sites is we have Title I field trips, so for Title I schools it’s funded through Gulfstream. We also do a program called Museums for All, where if you bring an EBT card to any of our sites, you can get in for free. Hopefully we can integrate other programs like that.