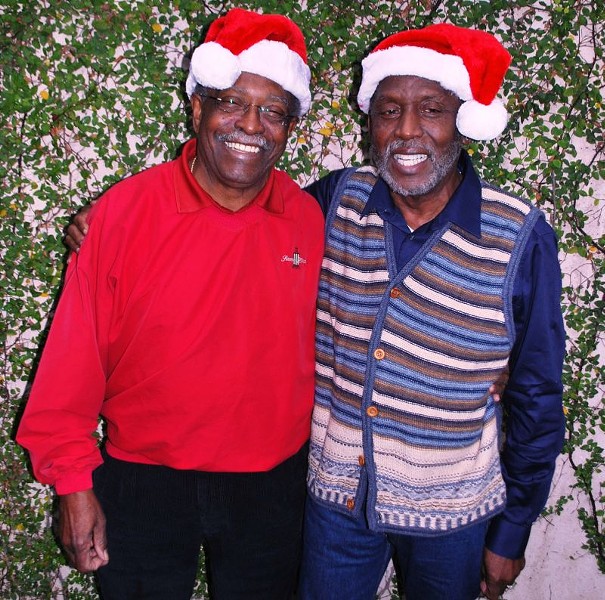 I was just looking at the story I wrote about the Coastal Jazz Association's 2012 "Jazz Yule Love" concert. This is a Christmas-season tradition in Savannah that started — officially — 38 years ago. Before that, it was traceable back to the 1950s, when black and white jazz musicians, who in those days played pretty much on opposite sides of the tracks, came together for one smokin' Yuletide session at the Flamingo Club.

Even then, it took place in the afternoon on Christmas Day. Nobody had to be at work, the family thing was winding down, and so musicians loved heading downtown to spread the jam with their buddies.

Joy to the world, you know?

A year ago, I talked with Ben Tucker about "Jazz Yule Love." To the best of my knowledge, this will be the first time he hasn't been at the Christmas jam since it was rekindled by trombonist Teddy Adams (his longtime pal) 38 years ago.

Nevertheless, the music continues, which is — not to be maudlin about it — what Ben would have wanted. It's the Coastal Jazz Association's annual fundraiser, benefitting the organization's Student-Scholarship Education Fund.

Among the guest performers: Guitarist Howard Paul and vocalist Huxsie Scott. Many more are expected; you just never know. Tickets are $20 in advance at Portman's, Rody's, the Magic Puppet and the Westin itself. They'll be $25 at the door.

What are your plans for New Year's Eve? If they begin with reading this story, here's a fun-tastic rundown of what live music and whatnot is scheduled in the clubs:

"Up the Cup" on River Street (Rousakis Plaza): A Nickel Bag of Funk, Those Cats;

The Jinx: Dance party with DJs D-Frost and Cheedoh Dust;

Of course, loads of restaurants, non-live music clubs and other facilities have stuff going on, too, with champagne, party favors, paper hats and the usual pay-as-you-go reverie.

Not all of our favorite venues are open on New Year's Eve – and remember, this stuff is always subject to last-minute change without notice. So we suggest you check with the websites (or actually call the club, since some Savannah-area nightclub websites are rarely, if ever, updated). So, grasshopper, the choice is yours.