Attention animal lovers and local farming advocates: there's a chain restaurant for you 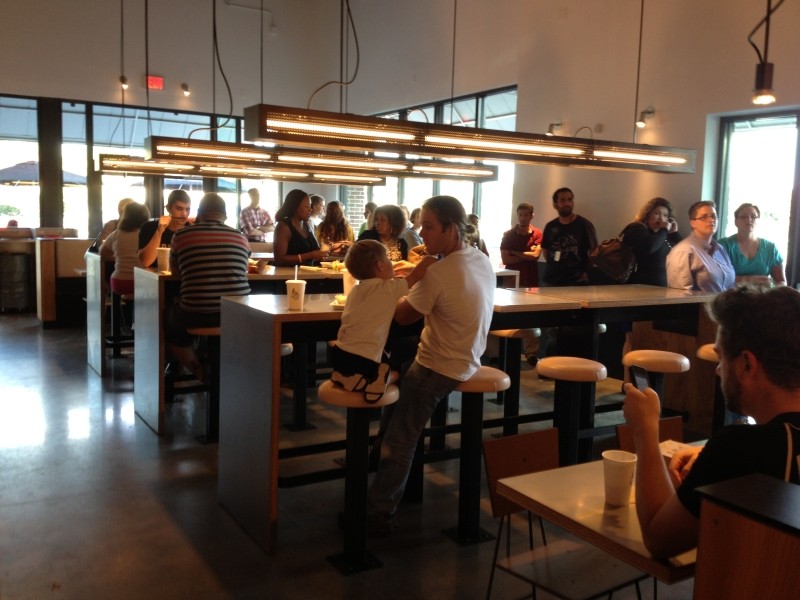 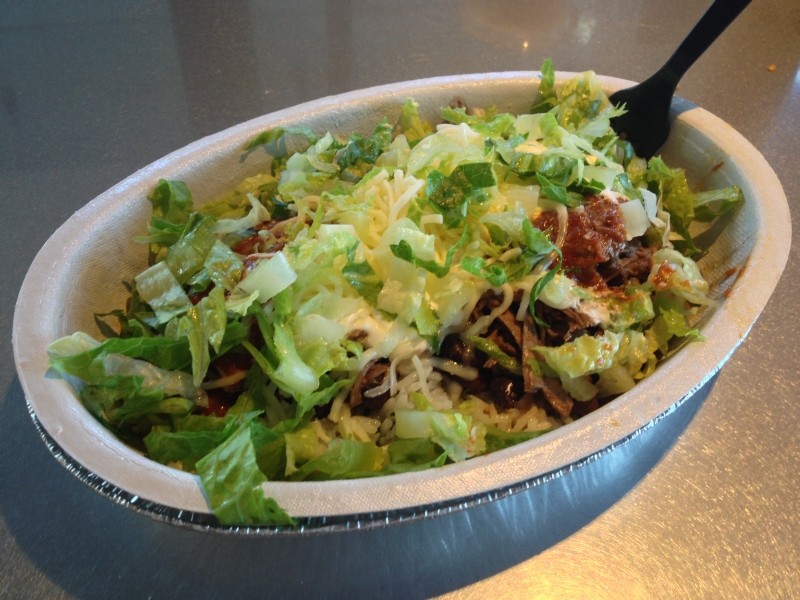 "I'm so happy they finally opened a Chipotle here. It's what Savannah needed," says a customer behind me in line as she eagerly waits her turn to dictate the creation of her burrito.

Now, I wouldn't go so far as to say that Savannah needed a Chipotle, but considering the nearest one was 90 miles away before the new branch of the restaurant opened on Victory, the company saw the necessity of a new location based on demand.

The petition for a Savannah Chipotle location began on Facebook in 2010. And after years of waiting, the Chipotle Company finally recognized that the city would be a good fit for a new location.

The attention Savannah got wasn't just because people have been begging them for it, but also because Chipotle is an advocate for local food, as is Savannah. It was a match made in foodie heaven.

"Family farms in the U.S. and around the world are disappearing, but we are doing our best to keep that from happening," says Chipotle area manager Anthony George.

"I'm very proud to work for a company that believes in taking care of the animals, farmers, and environment. I love that we support family farms. I believe in the food we serve, the service we give, and the value we provide."

Chipotle even shares a parking lot with Whole Foods, another national chain dedicated to local and organic products. But Chipotle doesn't just care about where the food comes from, but also how it is raised. Their "Food With Integrity" campaign is the message of the company's dedication to make sure the meat they serve is raised ethically—meat with morals.

"We support and sustain family farmers who respect and care deeply for the animals, the land, and the overall environment. Whenever possible we use meat from animals raised without the use of antibiotics or added hormones," Anthony shares.

"We work very hard to source organic and local produce when practical and we use dairy from cows raised without the use of synthetic hormones."

The ingredients are what set Chipotle apart from many other build-your-own-burrito places. And they put as much care into their own employees as they do their ingredients.

Anthony says he is "extremely proud to work for a company that genuinely cares for their employees. We have a very unique and caring culture that creates a family-like environment in our restaurants. The team deserves all credit and my people are my number one priority."

Speaking of family-like environments, the seating space suits that description. Tall, large tables surrounded by stools dominate the interior space. They're meant to get people together in a cafeteria-like fashion. It's like they knew that community is a Southern staple well-practiced in Savannah.

Getting down to the meat of the story, the food is as good as they say it is. I may not have known the birthplace, gender, or name of the cow that assisted in the creation of my barbacoa burrito bowl, but I do know it lived its life the way an animal should, and not in some factory farm.

Long lines during peak hours may seem daunting, but it's worth the wait.

"We received an outstanding welcome by everyone here. I look forward to serving all of our customers excellent food and providing them with an extraordinary dining experience that I hope will make their day better. I also look forward to opening another location in the area so we can offer more opportunities and serve even more customers," Anthony adds.

So hopefully those lines will be cut a little shorter by future locations.

Chain restaurants may not necessarily be what Savannah needs, but as far as large restaurant companies go, Chipotle is one of the good guys. It shares a location with Whole Foods, appropriately, and is another helpful development on the Eastside.

And well-developed areas are always better for a city—they are a definite necessity to a growing city like Savannah.