The band, who returns to Savannah after several years, plans new music after lengthy hiatus

There are many great Celtic punk and rock bands in the U.S., from the Dropkick Murphys to Flogging Molly to Black 47. There’s no shortage of Irish punk in Canada too, and one could easily argue that The Peelers have been leading that charge.

The band, formed in the late 90s in Ontario, spent several years garnering a major fanbase and a constant touring schedule before going on hiatus around 2007. During their initial run, they came through Savannah a few times - shows that vocalist and guitarist Whiskey Dave speaks highly of.

A few years after reforming, the band is set to return to the town on a run of shows around St. Patrick’s Day. Ahead of their show at The Jinx, which they’ll play alongside In For A Penny, we spoke to Whiskey Dave about their history, the genesis of Celtic punk rock, and more. 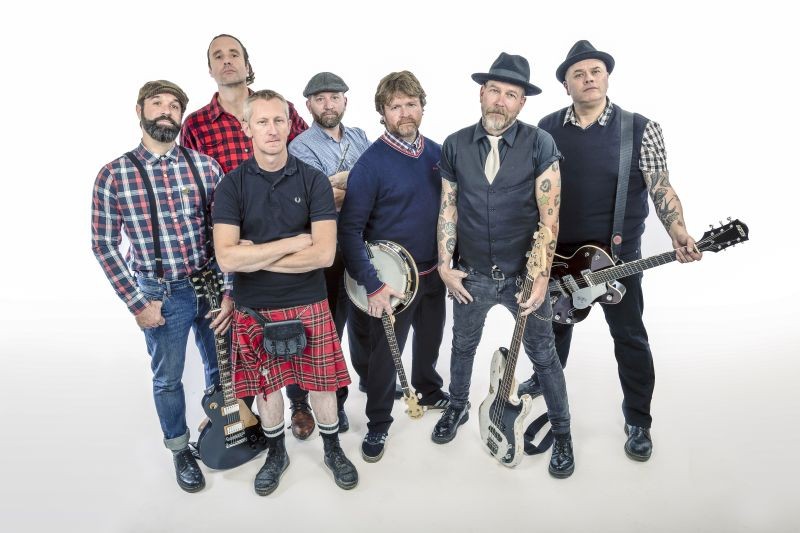 Do you have an idea of how long you’ve been coming to Savannah?

Whiskey Dave: We haven’t been there in a while, honestly. We started going to Savannah in 2001, and we played O’Connell’s on West Congress. The first time we played there, it went really well. We packed the place! I still have some great photos from that night - it was insane. We just rode some sort of wave of Celtic punk madness at that time. Then we just made it a regular spot for a while.

We probably played in town about five or six times between 2001 and 2007. But we’ve been firing on all cylinders again since 2017, and have been getting a lot of requests to go down since then.

You mention the sort of wave of Celtic punk popularity around that time - that really would’ve been the time that a lot of bands like Dropkick Murphys and Flogging Molly were experiencing maybe their most commercial success.

Yeah, I think that’s when Flogging Molly were touring Warped Tour and had brought it to a little more of the mainstream consciousness. The Murphys at that time were still relatively punk rock and I don’t think they’d added all the Celtic instruments in.

When we started, we were fans of The Pogues and we were also punk rock fans, and we were trying to figure out a way to put it all together. The Mahones were kind of the first ones in North America, but they never really got to the level of Flogging Molly. But definitely, we were definitely kind of riding that wave at the time.

It seems like most, if not all, of those bands at the time were really looking towards The Pogues in a lot of ways. They seemed to be the first ones to really ride the line in terms of the energy of punk rock mixed with Irish instrumentation.

The thing about the Pogues and Shane McGowan is that he came out of that scene in London in the late 70s. He put the band together with a bunch of guys who weren’t necessarily punk rock, but it was the attitude and the lyrics. It all kind of came out of that scene. And they were heavily involved with Joe Strummer at one point as well.

Shane McGowan is, in my opinion, one of the great poets of our time. It’s pretty incredible stuff.

Having taken a break and then getting back together to make a record in 2017, what was that process like? Did you have time to grow and evolve?

Absolutely. There are some constants in the band, and then we’ve added and taken away some players. We all sort of took breaks - I think we pretty much got burned out on traveling and playing.

The thing about this genre is that it’s so tough to keep it going, and The Pogues are a great example of that. If you get into the whole “Irishness” of touring, there’s a lot of drinking and a lot of excess. The Pogues never went out on the road for very long because it was just such chaos.

I think that started to creep in on us as well. We’d go out for a couple of weeks and do some shows, and then come back just obliterated. It was tough, and I think we all just got burned out. And everyone’s life was changing to some degree, so we just sort of put it on the back burner.

Around 2013, my whistle player and I, the ones who’ve been there from the start, said, “Look, if we don’t make another record now we’re never going to do it.”

We just decided one day that that was what was going to happen, and just started making an album. It was a process - we started recording in October of 2013 and I think we released it on January 1st of 2017. But we took our time doing it because we wanted to do it right, and it really paid off for us.

Our last two albums have been really well-received, and that’s why we do it. We just love it. If I wanted to be a rock star, I definitely wouldn’t have chosen Celtic punk as my conduit or vehicle [laughs].

The Peelers, In For A Penny @The Jinx