Bomba is a Puerto Rican musical tradition, rooted in percussive sounds. It’s an art form that many who aren’t familiar with Puerto Rican culture may not be aware of, but Bomba Con Buya—a Chicago-based ensemble—has been spending the last several years bringing awareness to it.

The group, which features top-notch musicians from the Chicago area, is set to bring their show to Savannah State University’s Torian Auditorium on Thurs., Nov. 21 at 8 P.M.

Ahead of the free performance, we talked to Bomba Con Buya co-director Roberto Perez. 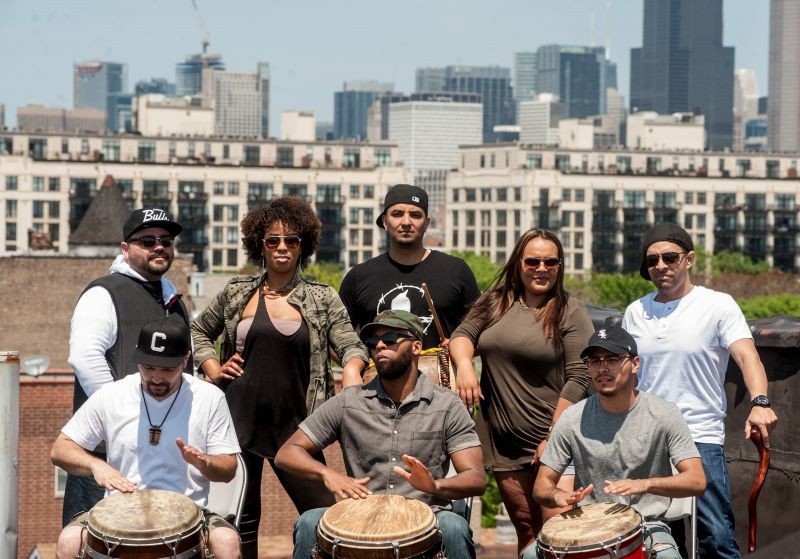 I have to admit, I wasn’t very familiar with Bomba before researching it; for anyone like me who might also not be aware of what it is, can you give a brief history of the style of music?

Absolutely. Bomba is the oldest surviving genre in Puerto Rico, probably first documented in about the 1790s. It’s been around for a long time, and just because it was documented then doesn’t mean it didn’t start before then.

It has many components to it, but the hotbed of it was in the sugarcane plantations in Puerto Rico. That’s where it was born and got a lot of momentum.

How did you discover it?

For me personally, I was at the University and was about 17 or 18 years old. Many of the people I perform with now were doing it; I didn’t necessarily grow up with the music. I had played percussion, but I was kind of taken aback. I was like, “Wow, this is our music.” From there I never really stopped, and I became involved in the Puerto Rican Culture Center. [This group] was kind of born there. Many of our members have been practicing for more than 20 years, and I think about at about 20 years.

It’s been just an amazing experience for us all.

That is really amazing. What’s the instrumentation in a group like this?

It is very percussion heavy. Barrel drums keep the constant rhythm. They’re very particular drums that really resonate. There’s a deep sound of goat skin tied down on a barrel. You have the voices; we love to harmonize. We have what I would consider to be one of the most powerful voices in Bomba music today, our lead singer Ivelisse. There are constant rhythms, and then the primo, which is the primary drummer who follows the dancers. So we also have dancers, and minor percussion. It's pretty raw, but also very powerful.

Wow. So what brings the ensemble to Savannah?

Bomba music has been in Savannah, so we want to be a part of that. We just released our 10-year anniversary CD, and we’ve been together as a group for more than 10 years now, so we’re at a point where we do want to tour and show people what Bomba music is.