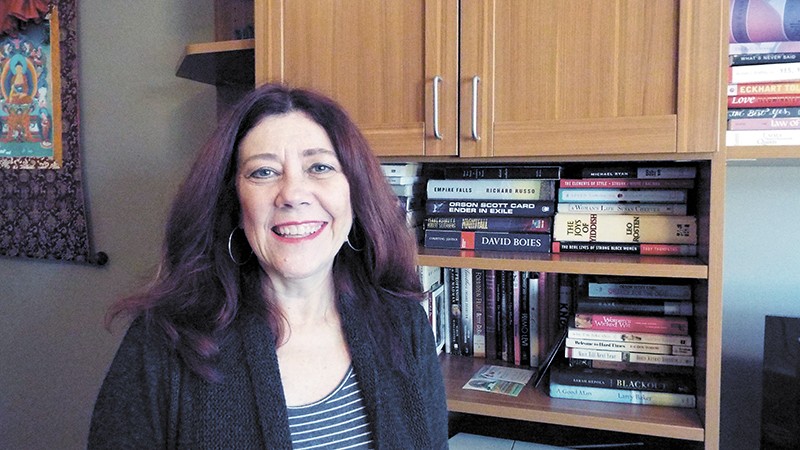 THE LONGER I live in Savannah, the more I appreciate new arrivals. After all, I came here with a U-Haul myself once! (From Orlando, Florida in 1998, age 23, if you didn’t know.)

Everything’s shiny and original for the green of Abercorn. The rivers are clean and the tourists are kin. But for those newly arrived of late, I wonder about their first impressions.

They obviously loved Savannah enough to move here. But the recent crime, corruption, rank City Hall incompetence and divisive politics must take the moss off the oak a little.

“It’s still magical,” says writer Beverly Willett, a little more than a year removed from New York. “I’ve made so many friends. I’ve gotten involved in the community quickly.”

I saw Willet’s name for the first time when the venerable lit house The Book Lady hosted a local author’s night. A locally-based, nationally-published writer I’ve never heard of?

Get the phone! She’s written for Salon, The New York Times, The Daily Beast and several other recognizable publications. She’s working on her memoir right now.

But her first contribution to local news print was an op-ed in the daily about crime. She wrote about fear and feeling less safe here than on Brooklyn streets.

When I ask her about her newcomer’s perspectives, she worries about the violence. But her face just lights up when she talks about her writer’s group and her new friends.

“The one word that I can say about the last year and a half is that I’m happy,” she says.

She likes the weather. She has a porch. She lives near Forsyth Park. You’ve heard this sales pitch before! Who wouldn’t feel inspired when your cute Victorian kisses an oak?

And it seems the change in latitude has rewarded her creatively. Her work is shifting. She’s written scads over the past five years about no fault divorce laws.

Her own wrenching divorce case, the constitutionality of no fault divorce and heartfelt advice on repairing broken marriages fill the lines of her most widely-published pieces.

And while she still writes about rocky marriages, co-chairs the Coalition on Divorce Reform and gladly answers my questions on the unhappy topic, she’s also moving on.

“I’m branching out into other things because I’m passionate about lots of other things,” she says. “If things aren’t changing in our culture, my heart is very, very heavy.”

So she writes about Days of Our Lives. (She used to be an addict.) She writes about her daughter’s coming of age. (It involves Lillian Hellman’s play The Children’s Hour.)

She writes about her habit of spontaneously bursting into song, a blessing and curse kind of personality trait that I share. (Cher? “If I Could Turn Back Time!” Aargh!)

Writing is her life. She says her first “real story” after quitting her career as a lawyer was a 2003 clip in Newsday about splashing around in a park fountain with her daughter.

“It really inspired me to remember that part of myself and to go there,” she says. “I think going there has really helped me as a writer to move on in my life in so many ways.”

If Willett’s experience is anything like my own, I think people will continue asking about her past for a long time to come, especially when it was much loved and lives online.

And I think those new friends will come in handy in those situations. Consider it advice from one Savannah newbie (17 years and counting) to another.

The real magic here is honoring the past while also pushing the bloody heck on.