Ben’s Friends to meet in Savannah 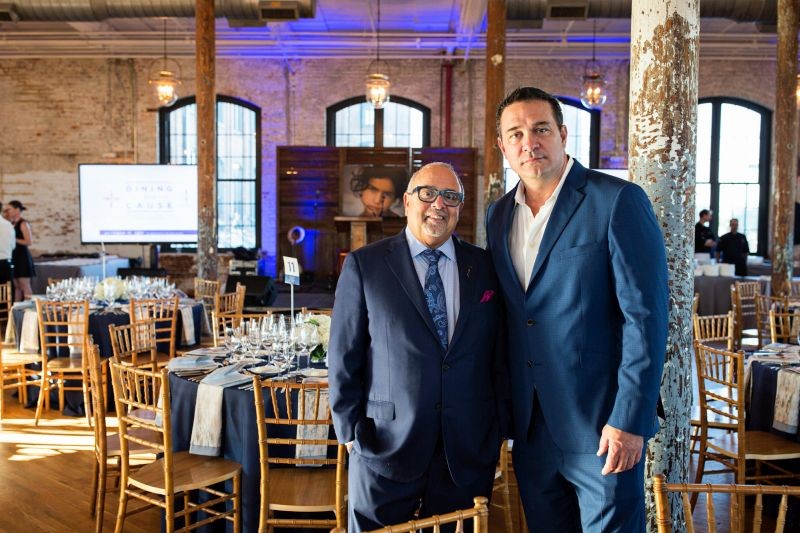 THIS WEEK I took a break from my normal indulgent discussion of local food. Especially at this very trying time, some topics deserve more of a spotlight.

On a recent Sunday, the very first meeting of the brand new Savannah chapter of Ben’s Friends took place. Ben’s Friends is a Charleston based organization that has spread to over a dozen different states.

Currently, according to co -founder Mickey Bakst, “Ben’s Friends is currently working on seven new cities with hopes to be in all 50 states in the not too distant future.”

As a free support group, Ben’s Friends is specifically open for workers of Savannah’s food and beverage industry. The focus is to aid and support for those who struggle with substance abuse and addiction.

We all know someone who has struggled with addiction or may be struggling with it now. It is an issue that is all too common within our community.

This is especially true for a party city such as Savannah.

Couple a hyper-vibrant city life with an extremely depleting job, often times it results in something negative. The industry is hard work. That’s why I decided to leave multiple past jobs as a server and line cook.

Whether front of house or back of house, everyone experiences long, late hours coupled with physical work. Let’s not forget the need for customer service skills that even your therapist would struggle with.

Most telling of all, it is also a career that often leaves workers with little compensation and/or medical insurance coverage. One can easily understand how working in the food and beverage industry in a city so comfortable with its bar scene is a petri dish for addiction.

Co-founders of Ben’s Friends Mickey Bakst and Steven Palmer are two restaurateurs that recognized the issue and experienced it close to home. After the death of a longtime friend, the two decided to take action by opening up a support system within their hometown Charleston, South Carolina.

According to Bakst, the story goes:

“Founded by myself and fellow restaurateur Steve Palmer, we collectively have over 55 years of sobriety. Ben’s Friends was created to assist members of the industry that we love and it has grown from one group in Charleston to now 15 active groups around the country.”

Steve Palmer is a managing partner of a restaurant group in Charleston—The Indigo Road Hospitality Group. The Group formed in 2009 with its first project—Oak Steakhouse off Broad Street. As for Mickey Bakst, he too has a long history within the food and beverage industry. Bakst is the general manager of Charleston Grille, as well as serving as president of charitable organization Feed the Need.

Whether personal or through work, the co-founders have decades of experience in facing sobriety. By coming together the two are providing industry workers across the nation a support system that is unique and often hard to find.

Pending any further coronavirus measures, the plan has been for Local 11Ten to open each Sunday at 11 am to the industry and host the weekly meetings. Savannah has been lucky enough to follow in Charleston’s footsteps due to the kindness of Local 11’s owner.

The same can be said about the leaders in 13 other cities that have already partnered up with Ben’s Friends.

Bakst explained, “Local 11Ten owner Jamie Durrence reached out to Ben’s Friends over six months ago with a desire to help his employees as well as other industry members in Savannah.”

Before starting a new chapter in a new city, Ben’s Friends thoroughly vets candidates wishing to serve as the leaders of each chapter. Each chapter consists of three leaders that have a minimum of three years of sobriety.

The second requirement is a consistent location to hold meetings. Due to Local 11Ten’s generosity in providing a consistent meeting location Baskt expressed, “Steve Palmer and I are humbled to have the opportunity to further expand Ben’s Friends to support restaurant professionals in Savannah... We feel that we have a higher purpose to help our own who are struggling with addiction and are grateful to the leaders in other cities that have stepped up so we can continue to grow this mission.”

Ben’s Friends is not affiliated with Alcoholics Anonymous or Narcotics Anonymous. The focus is similar though, to help those who would like to change their lives and to provide support for anyone taking their first step.

Each week the leaders and attendees can come together and have a conversation about any and all issues those seeking help may have. This is especially important because overcoming substance abuse without support can make the road ahead that much more treacherous.

I asked Bakst what those servers and cooks interested in attending should expect.

“Attendees at a Ben’s Friends meeting can expect a community of like-minded individuals who understand the lifestyle of the restaurant industry and the stresses that it can cause, talking together and supporting each other,” says Bakst.

At the end of learning about Ben’s Friends, Bakst left me with a piece of advice for anyone struggling with similar issues.“Connect with others who understand the struggle and have been successful in managing it.”