Art in Savannah: A look back, and a peek forward

A few New Years Resolutions for the local arts community 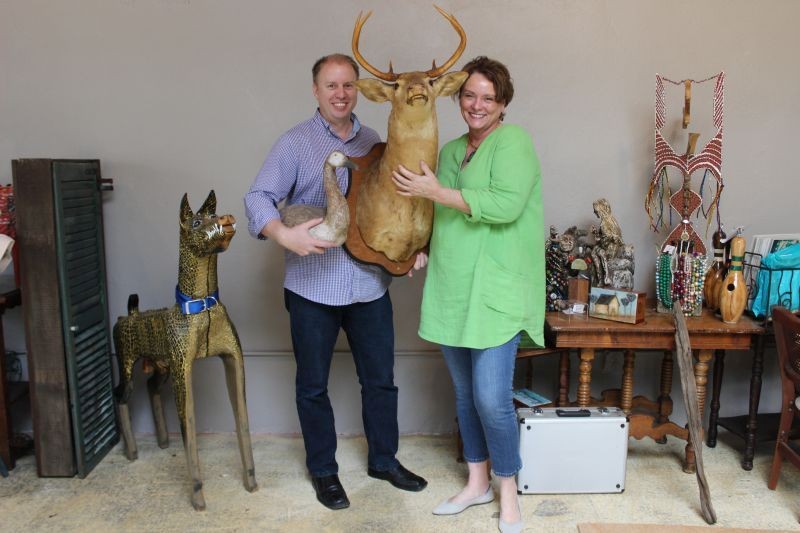 THE year’s end is a time for reflection. It’s a time to remember all the year’s joys and triumphs as well as its pitfalls.

It’s been a pleasure to cover local art for an entire year, and I couldn’t help but invite a little reflection on the year. I asked seven staples in our little art world to give their thoughts.

What do you think went well for the Savannah art scene in 2018?

Rob Hessler, artist and host of WRUU’s Art on the Air: One of my favorite things about the Savannah art scene in 2018 is that it continued to grow together rather than as a collection of a bunch of disparate parts. What I mean by that is that rather than just getting bigger and more expansive with each piece working independently, we all got closer. This is something that I love about Savannah. We’re not fighting over our own little piece of the pie. We’re all working to make a bigger pie, so to speak.

Gale Steves, art advocate and president of Arts Resource Collective (ARC) Savannah: If I had to look at four things that happened this year, I would say that the artist in residence program at Sulfur Studios is high on my list. I’d like to include my new gallery map. I’d say the completion at last of the Cultural Arts Center, although that remains to be seen how that will work itself out. And I also think the coverage of art events has gotten really better this year. I say that not to flatter [Connect] or any of the other outlets, but I feel like we’re getting more coverage and people are responding.

Emily Earl, artist and co-founder of Sulfur Studios: I was personally really stoked that so many great photography exhibitions came to the Jepson—Erin Dunn is just amazing. Of course I want to see more photo stuff here, selfishly.

The three of us [Earl, Jennifer Moss and Alexis Javier] are excited about how the ON::VIEW residency went for the first year. We got to meet so many cool people and help them do what they want to do. I’m really excited for our next three we just picked. I was also stoked about the Hestia residency. They brought some really talented, interesting people and the crew that put it together are amazing people. I love how it was spread out across the city.

Lisa D. Watson, artist and activist: For myself, I made approximately 40 pieces. [Avanguardia at Georgia Southern University] is my twelfth show. Lesson learned, that’s a little too much. I was on a roll. I was sick of myself. It was only a year and I started getting to the point where I’m like, “Oh God, I’m posting another thing on Facebook.”

Leslie Lovell and Kueker, owners of Roots Up Gallery: There is a strong core making a concerted effort, both individually and collaboratively, to present a huge array of local artists through particular galleries and events. There is the continued growth of the First Friday Art March, Savannah Art Walk, and ARC Savannah. Two new events created by Jess Berghorn, Art Fair on the Square and 912 Third Thursday, are both highly focused on giving our locals access to what galleries and artists have to offer at times that may be more accessible to their schedules.

Our new space has given us the ability to showcase more local artists as well as our folk artists. We’ve become a destination here and online for people looking for folk art. As a result these collectors have been introduced to our local artists, and in turn, have purchased pieces by them as well.

Erin Dunn, assistant curator at Telfair Museums: I think Sulfur Studios continued to do a really great job at promoting artists in town. I was thinking about how Emily Earl and Bridget Conn have started the weekly photo critiques and that Emily’s opened a darkroom there. It’s a great way to promote photography. The ON::VIEW residency is a wonderful way to activate that space and interact with artists and take over the space for that month and make something incredible and make connections.

Also, the collaboration between institutions, specifically around Pam Longobardi’s work, and how she was collaborating with Ships of the Sea. That was a wonderful way for people to see things affecting their community from within. It’s another way of bringing the conversation back to Savannah. It’s easier to do stuff when more people are on board.

What do you think we, as an arts scene, could do better?

Hessler: People need to buy more art. I think that many of the locals don’t realize how good we’ve got it. The work we have in our galleries is on par or better than what I saw in Denver. But if people don’t buy the work that they see and love then we artists are going to go elsewhere, because we’ve got to eat like everyone else. Let’s stop pretending like there isn’t money for art. Are you having fun going to all of these “free” openings and events? Then buy something, because these events aren’t free.

Steves: Some galleries are very forward-thinking and alive. Others are sadly doing things that are not very advanced, and I think they wonder where their clients are. The bottom line is, there’s a lot of individual effort and I think it’s causing overextension. There’s a lot of association in some neighborhoods with art and partying, which doesn’t mean they’re selling art.

One of the biggest problems is there are too many events all in the same night. There’s just no way, even if you’re an art junkie. It puts the sale of art under pressure and you don’t want that.

Earl: Something that maybe isn’t so great is we lost a lot of galleries. Non-Fiction closed, Oglethorpe Gallery closed, and I’m a little hard-pressed to think what else is really regularly doing something. It’s weird because in that kind of emptiness, there’s been a lot more art shows in alternative spaces, which is cool. But maybe some of those places aren’t pushing to sell the art. They’re pushing to sell whatever it is they sell, and the art is an interesting way to get other people in.

Watson: I know that I’m not going to make it here selling work. Savannah is not a good market. As much as ARC Savannah and all the galleries are trying to support local artists, I’m focusing on Florida, Atlanta, Charleston. I want to work 100% on the artwork. Other artists do it, so I don’t see why I can’t. I think the comfort purchases are still around—the typical things I saw ten years ago are still selling. I see people at Home Goods buying the $200 Made-In-China framed artwork when they could have gone to Sulfur at the $200 and Under show. Why would you not buy original art? That’s just education.

Lovell and Kueker: The art market appears to be becoming more diluted by small shops that focus on a particular product but offset their offerings by adding art. Some use local artists peppered in with items that are not created by hand. This certainly affects galleries whose sole purpose is to promote the arts and local artists in particular. We’d like to see a continued, concentrated focus on the galleries and the artists we all try to support.

Dunn: I’d like to see some more artist-initiated projects, not necessarily connected with institutions, just artists taking the initiative to put on something. Taking spaces you wouldn’t necessarily think of as a gallery, but making it one. I went to Tobia Makover’s show at the house and it was great. I love the idea of pop-up, art where you least expect it kind of thing. That’s something we should have more of, more public art. Your work gets out there and people get excited.