Answer The Call of the Wild 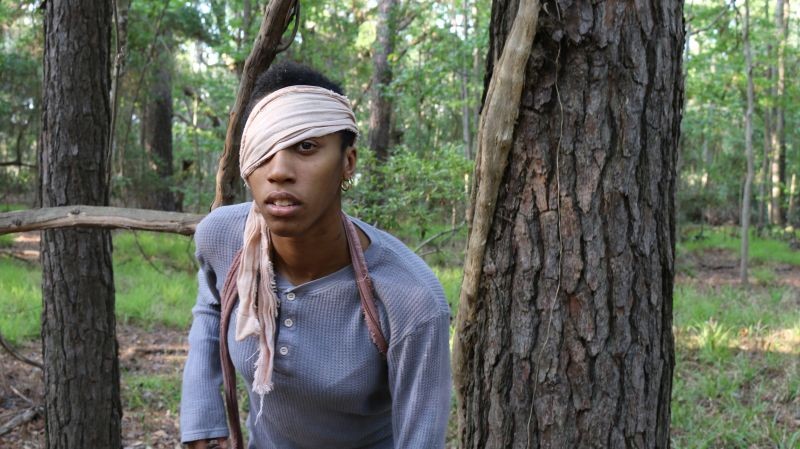 FOR THEIR latest production, Savannah Stage Company is taking the show out into the wild.

Round up the family, grab a blanket, and enjoy the last moments of spring with a live performance of The Call of the Wild in the natural beauty of Forsyth Park.

“This is our fifth season,” Artistic Director Jayme Tinti explains. “We chose our season with the idea that it would be our season of values. Everything we do is in pursuit of our mission and our values are so important to us. We were looking at those to make sure we continue to grow toward one of our values.”

The Call of the Wild, adapted from the Jack London literary classic, was selected thanks to its action-driven storytelling.

“We don’t go into rehearsal worrying about how characters feel or what the emotion is of this moment,” she explains.

“It’s all about what our objectives are. What is our character doing? What are we trying to get out of this moment? The lead character is a dog, and we hear him speak—not because the dog speaks to humans in the play, but so we can hear his internal instinct, and it’s so active. It’s a really cool script.” 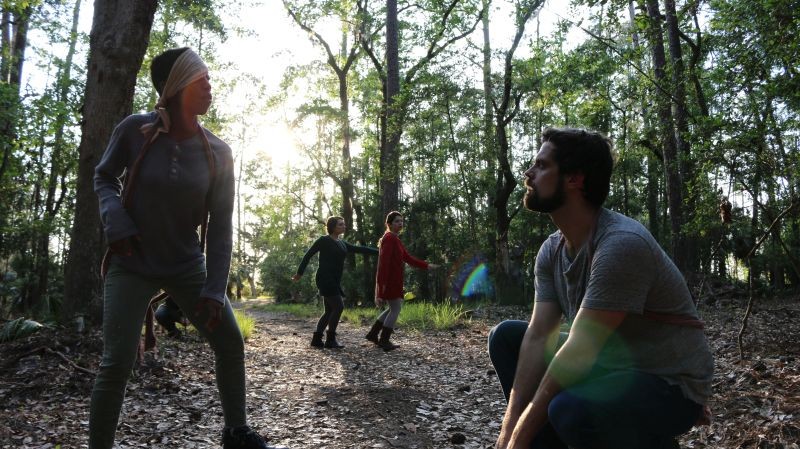 The script is adapted by Catherine Bush, a playwright who has also adapted SCT favorites like The Scarlet Letter and Sleepy Hollow. Tinti admires how Bush expertly takes works of literature and consolidates characters, particularly with a story like The Call of the Wild.

“He goes on this journey allt he way from California to Alaska. In the book, he’s handled by a billion different people, so it’s saying, ‘Okay, how can we take out 40 of these people? How can you find two characters that really help get that narrative going?’ She really streamlined everything you need to understand the story.”

Call of the Wild is a classic tale set in Canada during the Gold Rush. Our hero, a dog named Buck, is stolen from his ranch home in California and sold into service as an Alaskan sled dog.

In order to survive, Buck must shed his civilized ways and rely on guy instinct alone.

The adaptation is classic Savannah Stage Company: stripped down to the bare essentials and ready to tour. Six actors—Ashley Cook, Maria Cain, Cydnei Prather, McKenna Lyons, Wesley Pridgen, and Ian Grieve—play over 20 roles and using sound and movement to drive the story.

“You know how we do!” Tinti laughs. “There is an aesthetic tool of storytelling that’s always a part of what we do: How literal do we need to be to tell the story clearly? We don’t need recorded sound effects when we can make wind sounds and bird sounds.” 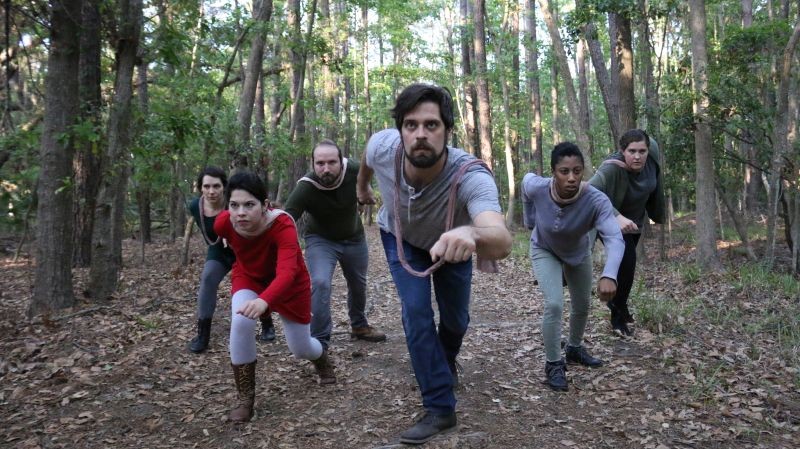 For the last couple of weeks, the show has toured local schools, retirement homes, and Tybee Post Theater.

“We’ve been playing the show for two weeks now and the first question always has to do with physicality,” Tinti says.

“Our resident company member Lexi Ambrose did the choreography. Her philosophy going into the first day of rehearsal is, ‘We are not playing dogs—we are thinking of this as dogs trapped inside a human’s body.’ That gave us a lot to work with in terms of figuring out how to do this. No one is on all fours...we have spent a lot of time figuring out what it means to have a dog trapped in a humans’ body.”

The Company looks forward to sharing the show with the community in Forsyth Park.

SAVANNAH STAGE COMPANY PRESENTS: THE CALL OF THE WILD