The singer and songwriter comes back through town with new album, Jinx show

Former Savannah resident and seasoned songwriter A.M. Rodriguez recently wrapped up the recording of his debut full-length album, High On the Farm, and is set to return to town after moving to Atlanta for a proper celebration.

The album is a sonically adventurous and musically powerful collection of work that Rodriguez recorded himself, on his farm in Atlanta, mostly live and often spontaneously. That spontaneity shines through on High On the Farm, as does the immediacy of the songs and the passion behind his performances.

Ahead of the album’s release and his comeback show at The Jinx, we spoke to Rodriguez about the recording process and the “happy accident” that helped him create his latest project. 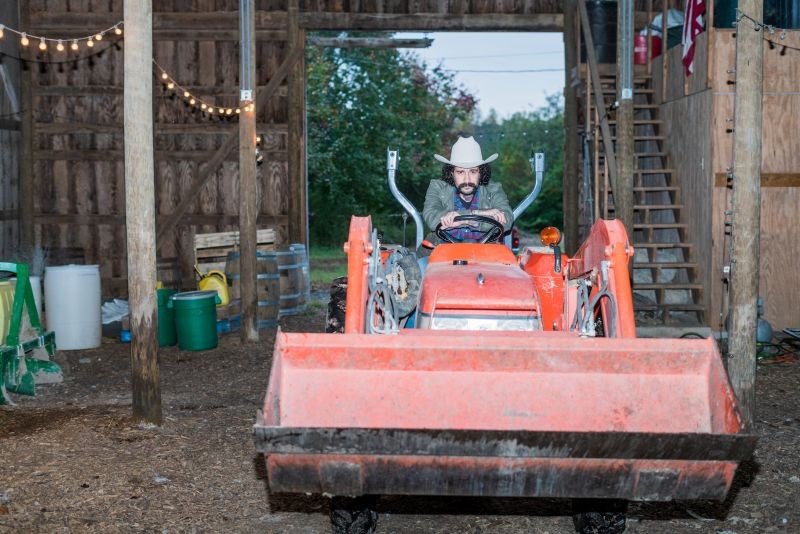 Tell me about the process of putting this record together.

Rodriguez: I recorded it myself at the farm where I live. I have a studio setup in the back room. It’s pretty simple - I have an audio interface and some microphones bought from places like Goodwill and eBay. I got this old Tascam M-308 board, which I haven’t been able to find too much out about. I found it at a thrift shop and it was in perfect working order. It’s just a real nice, warm board.

I was actually working on a different collection of recordings with more full-band arrangements, but my computer crashed in the middle of working on the second song. I bought another computer off of eBay for basically as cheap as I could, because I was pretty broke. I’m a farmer, so there’s not really a lot of extra money to throw around [laughs].

I’d spent about 200 hours on that project, and was about to throw it in before I found out that I could still record with the software and my interface. I just couldn’t really get anything off of it without mixing it down to a WAV file. That gave me the idea of just doing a live album - something that I could record in a few days. I only had two inputs, so I had to kind of pre-mix it on the board and then live with whatever I got. But it got the feel that I enjoy from playing live.

I was going to ask about that, because it does feel like a very live and energetic record in that way. Obviously it was partly out of necessity. But do you also feel that in the past it was harder to capitalize on that live energy in the studio, and did you prioritize that sort of thing this time around?

Yeah, I actually was kind of upset at first. But realizing that I was limited in this way made me feel like I should just lean into this idea of treating it like a live record. It was a feel that I’d never gotten before, but it feels like a live record.

And it feels more human as well, I’d say. So lyrically, what were young going for? Did you have a theme or did you write on a song-by-song basis?

The songs actually fit together in a pretty coherent way - I tried to order them as best I could, but they ended up kind of being thematically coherent in a way that I didn’t recognize while I was putting it together. Afterwords, I realized that it made a lot of sense today. It was kind of a happy accident. This whole record was kind of a happy accident.

What interests you lyrically?

I have a pretty wide variety of interests, but I try not to get too overtly political with anything. At least not in songwriting. I paint and I write fiction, and those are two areas where I tend to get a little more overt with my ideas. But music comes from a different spot for me.

Music Features A.M. Rodriguez High on the Farm The Jinx