A-Town Get Down headliner Chuck Leavell on trees, the Stones, and his mama’s piano

CHUCK LEAVELL has spent the morning in the spotlight.

As one of the world’s most acclaimed sidemen, that feels a little strange. But for someone with a legacy that includes playing with the Rolling Stones, The Allman Brothers, Eric Clapton, and George Harrison, launching a solo career, and advocating for sustainable forestry, Chuck Leavell has a story to tell, and a documentarian is ready to hear it.

“It’s more than a little embarrassing that this is even happening for me,” Leavell chuckles after a day of filming at his home. “It’s a little awkward...my main motivation is for my family and grandkids way down the road...something that documents it for posterity.”

Leavell’s shared the wild and wondrous moments of his musical life before—in a memoir, Between Rock And A Home Place, and in interviews over the years—but this time, he’s telling the full story with plenty of length and detail. 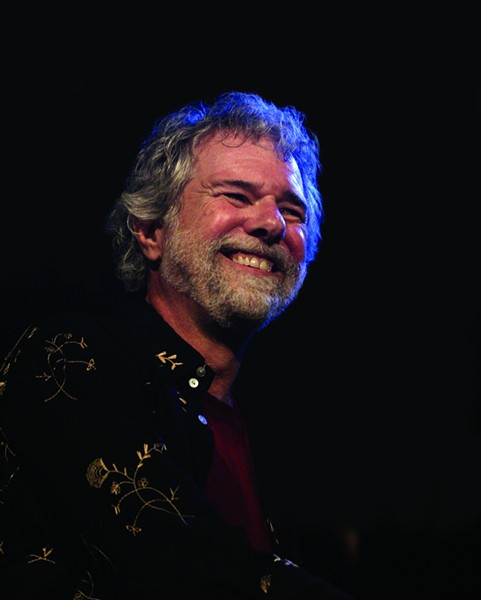 The tale begins in Birmingham, where Leavell was born and discovered music.

“When I was very young, I learned to play piano with my mother,” he says. “She was not a professional teacher—she played for family enjoyment.”

Leavell, the youngest sibling, would tug on his mother’s skirt and ask her to play; she’d oblige, and eventually began sharing musical tips.

That intuition became invaluable. Leavell started a band, The Misfitz, which segued into session work. It was the late ‘60s, and Leavell recorded on his very first gold single, Freddie North’s “Don’t Take Her She’s All I’ve Got.” He moved to Macon in 1969 to work at Capricorn Records as a studio musician and producer, and his at that legendary studio there led to tours with James Taylor’s brother, Alex Taylor. Before he knew it, Leavell was playing with Dr. John.

While on tour with that icon, Gregg Allman took notice of Leavell’s unique musical prowess and invited him to play on Laid Back, Allman’s first solo record. Leavell officially joined The Allman Brothers in September 1972.

Using the skills his mother taught him, Leavell was the guy who could pull something special out of Allman Brothers records like Brothers and Sisters and Win, Lose or Draw.

“When I go into a recording studio, I listen to what that song is saying,” he explains. “If it has lyrics, I see what the theme is, what are we trying to do, how can I help paint this picture, what is this song asking me to do? Those are the things I think and I try my best to accomplish that.” Leavell continued to record and tour with the Allman Brothers until their 1976 breakup. When the influential group disbanded, Leavell created his own project, Sea Level, and stepped up to the microphone, transforming into a frontman (Sea Level? C. Leavell? See what he did there?).

Ever the ambitious player, Leavell auditioned to be the Rolling Stones piano player on their 1981 United States tour and found immense “Satisfaction” in the gig. He went on to become the unofficial musical director for the biggest band in the world.

“Sometimes it’s a big challenge to keep everybody happy, but I do my best,” Leavell says. “I enjoy my role. I’ve been with the band 36 years now, and through all those years I’ve done my best to do a lot of documentation. When we have rehearsals, we have two huge notebooks of A-Z notes about songs and rehearsals...I’ve become the go-to guy for writing these things down.”

No, he’s not running out in the middle of the stage for a big, flashy feature solo, but Leavell likes the subtle, challenging art of being the glue that holds the Rolling Stones together.

“Here’ an organization that’s stayed together for over 55, 56 years...it’s been a fascinating journey,” he says. “The guys are all passionate about what we do. They don’t have to work—they could sit at home if they chose to. But what are they gonna do—watch TV?! This is a group of guys that love playing and writing music and recording and love being in front of an audience and getting that wonderful feedback. It’s an incredible body of work, and it’s just phenomenal to explore that catalog and bring various songs from the past out front and try to arrange some surprises here and there. It’s a joy to be involved—and let’s not forget the work ethic that it takes to have that long of a career. Man, these guys are dedicated!”

Soon, Mick Jagger, Keith Richards, and the whole gang will be back on their eight-hour rehearsal day schedule, getting ready to tour Europe. Leavell’s looking forward to peppering some songs from their last record, the Grammy-winning Blue and Lonesome, into the set lists he co-writes every night.

Over the years, they have become tremendous advocates for sustainable forestry and environmental protection; Leavell currently sits on the Georgia Land Conservation Council and has served on the boards of the American Forest Foundation, and the United States Endowment for Forestry and Communities.

Soon, Leavell’s passion for conservation will come to television in the form of America’s Forests with Chuck Leavell, a limited-run program on PBS stations across the country.

“It’s a dream come true for me,” he shares. “We shot the first episode out in Oregon, and the second was in Colorado. We’re negotiating for one in the Southeast—hopefully that will come together.”

He’s also mixing a record from a live performance in Germany with a 17-piece big band. The track list features songs from across Leavell’s career and time with the Allman Brothers, Sea Level, and more.

Leavell looks forward to his A-Town Get Down debut, linking up with old pal Randall Bramblett, and sharing songs.

“I’m not going to spill all the beans,” he laughs, “but when I do my shows, it’s a celebration of the career of some of the songs of the artist is work with and some of my own music. We’ll have a good ole time.”

Chuck Leavell at A-Town Get Down Art and Music festival