Story of the 'collision of high tech, history, and brawn’ debuts at Grays Reef Film Festival 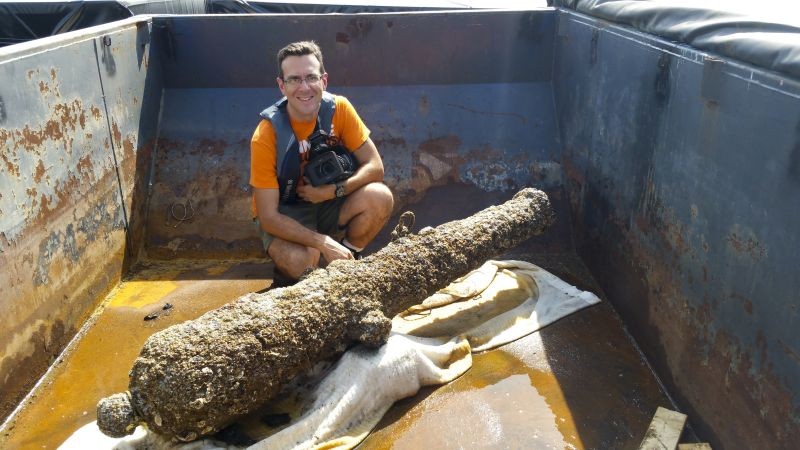 IF FACEBOOK had existed in the Civil War, people in Savannah would have made outraged posts about the CSS Georgia.

Pitched to the townsfolk as a Yankee-beating supership, the ironclad turned out to be too underpowered to fight the Savannah River current and so leaky that the coal-powered bilge pumps had to run 24 hours a day.

The society ladies of Savannah, who had paid for the CSS Georgia through a big fundraising effort in a depressed Confederate wartime economy, wrote angry letters to the editor, the Facebook of the day.

Due to its limitations, the Georgia was converted to a floating artillery battery anchored across from Ft. Jackson on the Savannah River. But the Georgia may have still helped deter Union forces from trying to take the city by force, keeping them content with just a very effective blockade.

(As it turns out, Gen. Sherman finally took the city from the landward side in 1864. The Georgia’s crew scuttled the ship and escaped a few hours before.)

Videographer and historian Michael Jordan unveils his comprehensive documentary about the raising of the CSS Georgia at the Grays Reef Film Festival.

Like an adventure movie, “From Ironclad to Artifact: The Journey of the CSS Georgia,” takes you grippingly from the background of the Georgia to the stirring story of the actual dives on the submerged wreck in 2015, performed by the U.S. Navy and the U.S. Army Corps of Engineers.

For Jordan, the story of the Georgia matters “because Savannah once had its own homemade warship. It’s a story that Savannah pulled out of thin air. And the fact that the CSS Georgia sort of succeeded by failing makes it interesting.”

The film is arguably the most comprehensive single research effort on the Georgia. Jordan, who admits to being “obsessed” with the story, even wrote his master’s thesis on it. 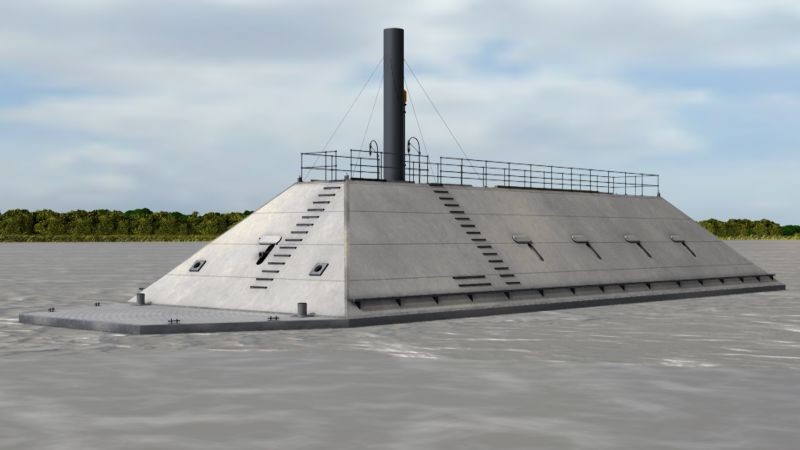 Even the story of how Jordan got to make the film is fascinating. Funded by the U.S. Army Corps of Engineers, the film is just part of the huge effort to raise the wreck of the Georgia to clear the way for the massive harbor deepening of the Savannah River channel.

The bulk of the film, and probably what people will find most interesting, is the maritime archaeology involved with the main recovery dive in 2015, where Jordan had exclusive video access.

“I was in the field for 55 days over the span of three years,” Jordan recalls, with the dive expedition based on a special barge anchored over the wreck site.

“The days were usually very hot – the summer is the best time to dive because you’ve got the most daylight. You don’t get gnats out on the river, blessedly. But it got very hot out there.”

The days were also very long, Jordan says, with the U.S. Navy divers getting to the barge before 5 a.m. to prepare for at least two dives per day, sometimes three.

“You’ve got this really gritty, blue-collar industrial stuff going on right next to an $80,000 sonar system, which is right next to an archaeologist making a sketch,” says Jordan. “It was a real collision of high tech, history and brawn.”

Jordan developed enormous respect for the various experts involved, especially the Navy dive team. As the film says, they almost had to “dive by Braille” as there is nearly zero visibility down in the silty Savannah River.

“Diving down there can be terrifying and claustrophobic,” Jordan explains.

“You’re in the middle of a debris field, strapping heavy things and hoping nothing swings around and hits you or tangles up your breathing apparatus. It’s like working in a scrapyard next to a crane with your eyes closed.”

One thing that really makes the film work didn’t happen on the water. The highly detailed computer graphics, re-creating not only the CSS Georgia but the military topography of the Savannah area, were done by UGA professor Mike Hussey.

“He’s done work for museums and for the History Channel, and really wanted to help out with this documentary,” Jordan says. “He was pulling all-nighters getting the graphics ready. A lot of the things he included I didn’t even know about before.”

While the City of Savannah itself made some attempts to raise/remove the Georgia right after the Civil War, the site was soon forgotten and its public record went dark for a century.

Then in 1968 a dredge accidentally hit part of the wreck, and news spread that the Georgia had finally been found.

“The state initially assumed when the Georgia was hit by the dredge that it belongs to the state. Then a Navy expert told the state of Georgia that it would probably cost a million bucks to bring it up,” says Jordan.

As it became clear that raising the Georgia was more of an albatross than anyone wanted to pay for, “it wasn’t until 1981 that the state deeded the ship to the Corps of Engineers for a dollar,” Jordan says.

Then, in 2002 legislation clarified that any “enemy combatant” vessel – which would of course technically include the Confederate Navy – would become the property of the U.S. Navy upon possession.

Coincidentally or not, this coincided with renewed efforts to again deepen the Savannah River channel for shipping – an effort which would be hampered by the continued presence of the CSS Georgia.

“The Navy essentially told the Corps, OK, you want to get this thing out of the way of your harbor deepening? Here’s exactly how you’re going to do it,” Jordan says. “The Navy dictated the methods, they used their barge, and mostly their divers.”

It has yet to be decided exactly where and how the various artifacts from what’s left of the Georgia will be displayed. The local Coastal Heritage Society has said it will retain possession of various heavy cannon raised from the depths.

Now, as we mark 50 years since the re-discovery of the wreck site, Jordan points out the central irony of it all.

Michael Jordan's From Ironclad to Artifact: The Journey of the CSS Georgia screens Saturday night at the Trustees Theatre as part of the Grays Reef Film Festival.