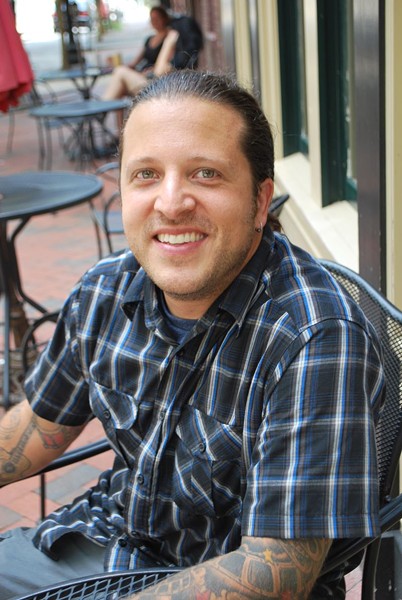 The clock starts ticking at 8 p.m. Friday, and in exactly 24 hours the curtain opens on six bittersweet windows into the human condition — plays that did not previously exist.

Well, it's not as existential as all that. It's what those who tread the boards call a 24-Hour Play Festival, in which writers, directors and actors have a finite window of time to create and produce something with entertainment value. All without leaving Muse Arts Warehouse.

Gabe Reynolds is the producer of this year's event, Savannah's fourth; it's called A Late Summer's Night Play Festival. Perhaps best known as Kotter, the afternoon wise guy on Rock 106.1 FM, Reynolds regularly cuts up as a member of the Odd Lot, Muse's Monday-evening improv troupe.

"It is one of the most creative things I've ever been a part of. I dabble in writing; I had written a play years ago, and here and there written stuff I never finished, so this was one of the first times I've ever had a deadline —like 'You've got to get this done in this amount of time.' So it was incredibly nerve-wracking, but also incredibly liberating. It was awesome."

The 2013 players, all volunteers, were all set by the beginning of summer. Several of Reynolds' Odd Lot pals will be part of the fun.

Until the stroke of 8 on Friday night, nobody — nope, not nobody — knows nothing.

Here's the deal: "The writers show up first," Reynolds says. "They'll be given a theme, a very loose theme, and no other directions for the show other than they have to write it there. They can't come in with something ahead of time. They've got until 6 Saturday morning to finish a 10-minute play."

That's correct, the playwrights are not permitted to leave 703 Louisville Road until their work is finished.

"The directors arrive around 6 or 7 a.m. They don't know what the theme is. They don't know who's written their show. They read all the scripts and divvy it up themselves: 'I want to do this one, I want to do this one.' We've got 16 actors confirmed, and they get there by 8, and the directors cast their shows from those who show up." They hand-pick actors as if they're choosing sides for a shirts-and-skins basketball team.

The directors and their instant casts hunker down "outside, in the green room, in the theater, in the lobby, in the room off of the lobby," according to Reynolds. "Everybody just kind of claims a spot, and they start going over lines, blocking and everything like that."

There's no restriction on subject matter — the show can be a drama or a comedy. Even a musical, if anybody feels especially inspired.

"The first year, I think, was more intense because none of us had ever done it before," Reynolds says. "You could definitely see some concern as time went on!

"And the first year, we learned a lesson: we really didn't give the writers restrictions as to props and stuff like that. So they would write things that we couldn't necessarily find at the Muse, and we had to track stuff down. So now the rule is, if it's not at the Muse, don't include it in the show."