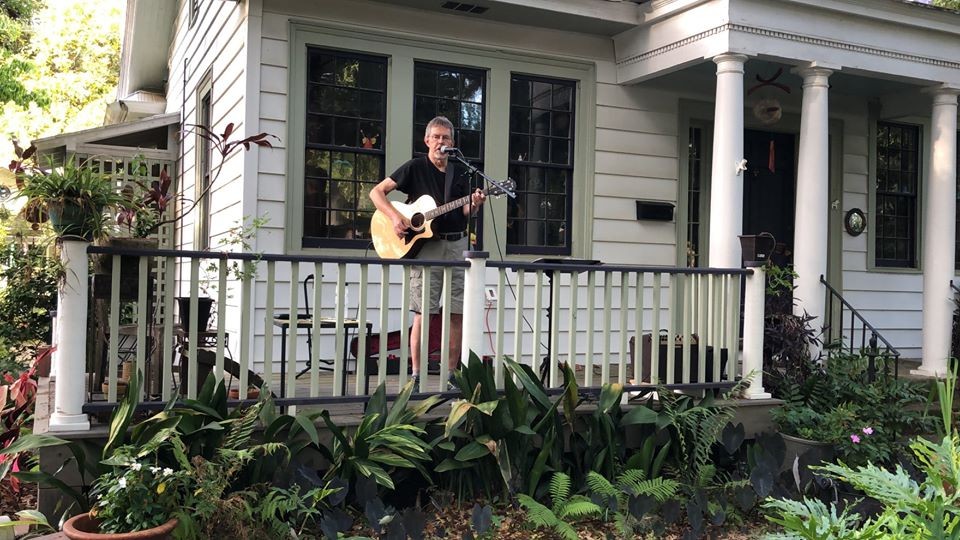 Ella Rodgers, a rising eighth grade student who is homeschooled, won first prize in the Art in Ardsley "social-distance art and talent show," held throughout the neighborhood on Friday, May 15.

Rodgers played her own compositions on piano and was judged first by two of the three-judge panel.

The exhibition was organized by the Ardsley Park – Chatham Crescent Neighborhood Association (APCCNA) "at a suggestion of, and with help from, neighborhood resident Mia Merlin. Four musical acts and six artists participated, with performances and art displayed on front lawns throughout the neighborhood," a spokesperson says.

The judges awarded second place to Finley Ylisto, a third grade student at Charles Ellis who was creating paintings in the front yard live during the event, and third place to AJ Hetzel, an artist and entrepreneur who has lived in the neighborhood since 1993.

The art and performances were first judged by neighbors who viewed the entries and posted likes and comments on social media.

Prizes were provided by APCCNA and the Savannah Bananas, and a trophy was donated by Starlandia Art Supply.
comment
Prev
Next