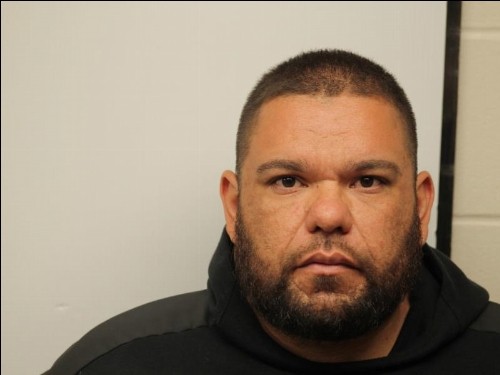 Shortly after 9 p.m. on March 7, 33-year-old Adolfo Mitchell, also known as Flaco, was stopped on I-16 by the Georgia State Patrol, reports the Chatham Savannah Counter Narcotics Team (CNT).

"The traffic stop evolved into a search of the vehicle that resulted in the seizure of multiple ounces of marijuana and two firearms. Mitchell was arrested on a number of charges to include two counts of Possession of a Firearm by a Convicted Felon, Possession of Marijuana, and Driving under the Influence. CNT assisted with the investigation and was present during the traffic stop. A juvenile was also in the vehicle at the time of the incident," CNT says.

Mitchell had been arrested May 1 on other charges.

On April 25, 2019, the Chatham County Grand Jury returned a True Bill on the charges Mitchell was originally arrested on in addition to two additional charges; Using a Minor for an Illicit Transaction and two counts of Furnishing a Pistol to a Minor.

"Mitchell was re-arrested on the new charges on May 1, 2019, at Flacos Tacos restaurant in Richmond Hill and booked into the Chatham County Detention Center. Mitchell was granted an $8,500 bond by Chatham County Superior Court Judge, Honorable James Bass," CNT says.

Mitchell is the owner of Flacos Tacos, which has multiple locations throughout Chatham County and Bryan County.

CNT says this is an ongoing investigation and additional charges and arrests are expected.
comment
Prev
Next